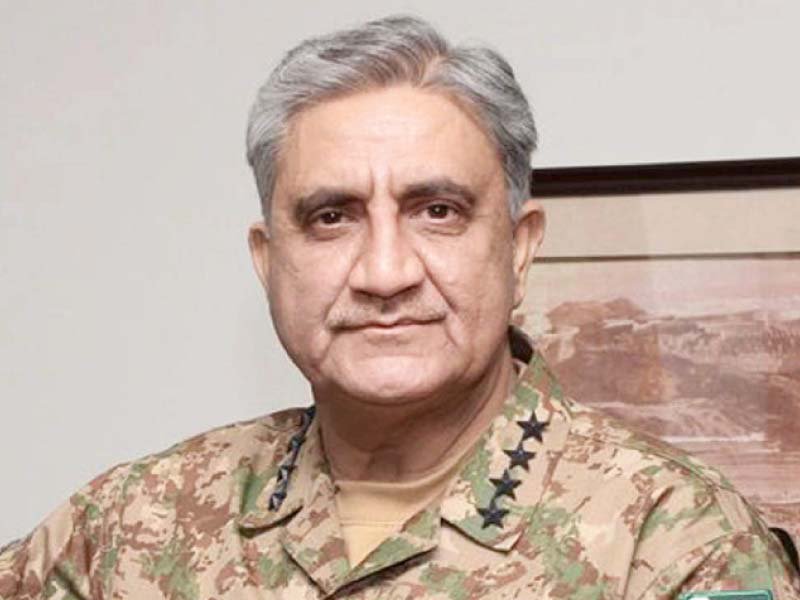 ISLAMABAD: In his first appearance before a parliamentary forum, Chief of the Army Staff General Qamar Javed Bajwa on Tuesday urged parliament to take lead role in policy making and not leave a vacuum.

On invitation of the Senate chairman, Gen Bajwa came to the ‘committee of the whole house’ for an in-camera briefing along with the director general of Military Operations (DGMO), the Inter-Services Intelligence chief, and the Inter-Services Public Relations (ISPR) DG. The briefing was followed by a question-and-answer session.

“You are the policymakers. You should come up with policy guidelines. We will follow you,” Gen Bajwa was quoted as telling the senators.

Sources privy to the marathon huddle told The Express Tribune that army chief was of the view that the country suffered on the foreign policy front when it did not have a full-time foreign minister for more than four years under the incumbent government.

When he was asked about Pakistan joining a Saudi-led military alliance of Muslim countries and his predecessor’s role in it, he said former army chief Gen (retd) Raheel Sharif was leading the coalition in his personal capacity. “Our policy is what has been delineated in the April 10, 2015 resolution of parliament,” he said. The resolution was passed by joint session of parliament a few months after Saudi Arabia announced the formation of the military coalition.

Through it, parliament had warned the government to act with caution while joining the alliance, taking into consideration delicacies of the relations with Iran.

Gen Bajwa strongly denied any role of the army in recent issues that fomented political turmoil, including the Faizabad sit-in. “We had no role in the sit-in, Panama leaks, or Dawn leaks. We did not cause any of these issues,” a lawmaker quoted him as saying in reply to a question. The blockade of the crucial intersection of the twin cities by a religious group paralysed traffic for three weeks before the government signed a deal with the protesters.

Most senators hailed the army chief’s appearance and said it had cleared many of the understandings and debunked conspiracy theories that were making rounds. They also appreciated his candidness in responding to their critical questions.

The briefing came days after the National Assembly speaker expressed apprehensions that the assemblies might not complete their five-year term.

Senator Mushahid Hussain Syed, who heads the Senate defence committee, said he found the army chief “a straightforward person who played with a straight bat”.

When a senator asked the COAS about recent newspaper articles by some retired military officers suggesting a presidential form of government, he clarified that the army was bound to follow the Constitution and there was no room for a presidential system in it. He said it could be the individual point of view of any person, but the military had nothing to do with it.

DG ISPR Maj Gen Asif Ghafoor later told a private TV channel that there was no threat to the democratic system from the armed forces. The armed forces, as an institution of the state, would continue to work for the country’s security, he added.

He said former military officers who appeared on TV channels as defence analysts expressed their personal points of view when they commented on any political issues. “They are allowed to express their views two years after retirement. When they speak on political issues, it is their personal point of view. It should never be taken as the armed forces’ opinion. However, when they speak on some defence issue, they speak on the basis of their experience,” he remarked.

The military’s senior-most spokesman also praised the house, saying lawmakers should be well aware of the security challenges faced by the country.

On a recent statement from US President Donald Trump that the US had been giving billions of dollars to Pakistan and it should take decisive action against terrorists, Gen Ghafoor said Pakistan had been doing what was in its best interest. The US has been giving reimbursements for Pakistan’s own spending. “The army chief has told them that we need nothing from the US. We want them to acknowledge our sacrifices.”

“We want good relations with our neighbours. We want them to add to our security, nobody should be using their territory against us,” Gen Bajwa was quoted as telling lawmakers with reference to Pakistan’s relations with Afghanistan and Iran. He briefed the senators on his recent visits to Saudi Arabia, Iran, the United Arab Emirates and different aspects of military diplomacy at a time when the region was going through important geostrategic changes.

According to a lawmaker, when some senators raised the issue of bad foreign policy pursuits from earlier years and the armed forces’ role in them, the army chief said, “We all made mistakes in the past. Let’s move on now.”

The DGMO gave the senators a detailed briefing on the security challenges.