The couple celebr­ated their first annive­rsary with beauti­ful messag­es for their signif­icant other on social media
By Entertainment Desk
Published: December 17, 2017
Tweet Email 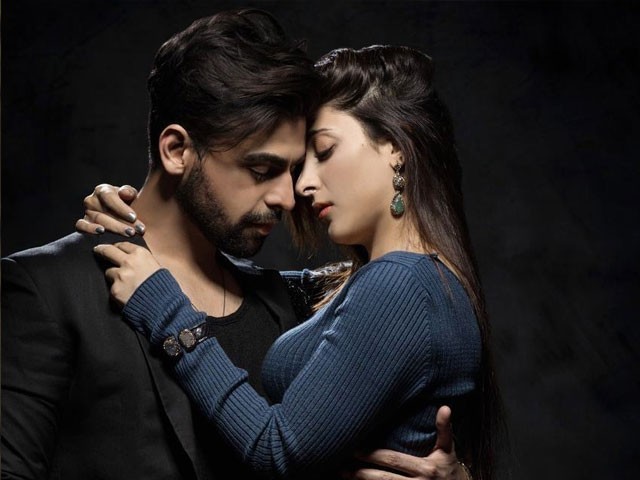 One of Pakistan’s most talked about couples, Farhan Saeed and Urwa Hocane tied the knot last year in a wedding that was more talked about than their relationship! From being slammed about making their shaadi a public stunt to fans crafting all kinds of memes, this couple has been through a lot and aren’t they standing strong!

The couple sealed their vows at the Badshahi Mosque in Lahore a year ago and they’re raring to make their bond even more robust than it already is. The couple kickstarted their first anniversary celebrations with heartfelt messages for each other on social media, followed by a sizzling photoshoot.

The Jal front man took to Instagram to share his feelings for his wife and wrote, “One year has passed by and my love for you just keeps increasing. Thank you for everything you do for me, for us!
I promise you that I will love you with all my heart and will keep you protected, always and forever! Happy Anniversary Baby!”

One year has passed by and my love for you just keeps increasing. Thank you for everything you do for me, for us! I promise you that I will love you with all my heart and will keep you protected, always and forever! ! Happy Anniversary Baby ❤ @urwatistic

Like his man, wifey Urwa too, took to Instagram to write the most adorable message for the love of her life.

Sharing a picture from her nikah day, the Rangreza starlet wrote, “Happy anniversary, Partner in Crime, Dance and Life – I Love You!”

Happy anniversary, Partner in Crime, Dance and Life – I Love You! ❤️ ⚡ @farhan_saeed

And then came the photoshoot we didn’t know we wanted! The couple looked super cozy in one of the most sizzling photoshoots ever as they posed for the camera!

Previously discussing her very public marriage with Farhan to BBC Urdu, Urwa asserted that the wedding was never part of a ‘publicity stunt’ but something the couple wanted to plan for themselves.

“Everyone nowadays owns either a camera or a smartphone, so obviously you can’t stop anyone from capturing everything and it also would have been really rude to not let them. Therefore, we decided to allow everyone to take pictures, make videos while we just enjoyed our moments,” confessed Urwa.

The star was heavily criticised for indulging in an overly glamorous wedding. To this, Urwa retorted, “I think it was my divine right as a bride to dress to my liking, and it was just for me. It was all possible because of all the hard work Farhan and I do. We have earned through hard work and compassion, so it’s only fair we get to choose how to spend it.”