Clad in a turqou­ise suit, the Sajni croone­r also stars in the video of the song
By Entertainment Desk
Published: August 20, 2017
Tweet Email 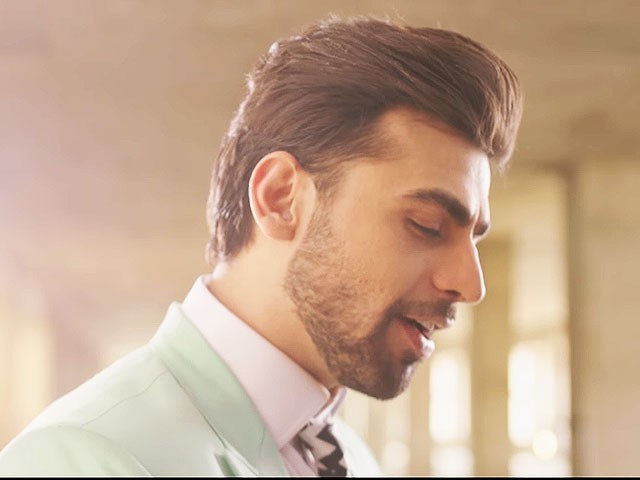 Previously, we revealed that Farhan Saeed is lending himself for a cameo performance in wifey Urwa Hocane’s upcoming movie, Punjab Nahi Jaungi.

The Sajni crooner was spotted on the sets of the Humayun Saeed and Mehwish Hayat starrer and we wondered what was coming our way? However, it was later confirmed that Farhan will be appearing in a special song.

The slow number portrays the complicated love story between Humayun and Mehwish’s characters. 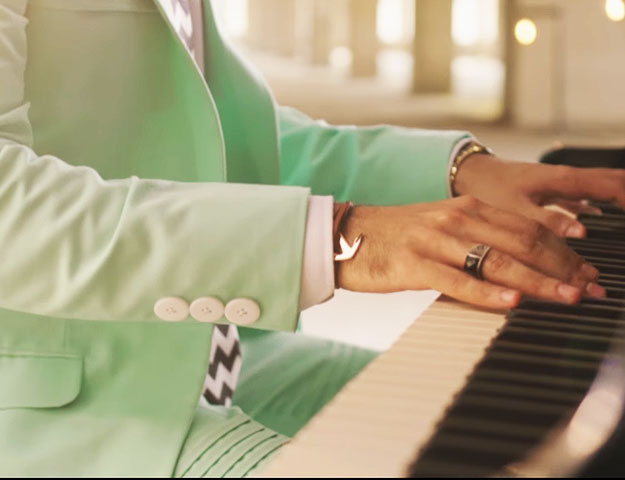 Clad in a turquoise suit, Farhan also stars in the video of the song.

Punjab Nahi Jaungi is all set to hit the screen this Eidul Azha. Earlier, a video of Farhan on the sets of the movie went viral.

“…it’s a surprise and you’ll know very soon,” is what Farhan says when asked as to what he is doing on the sets of the film.