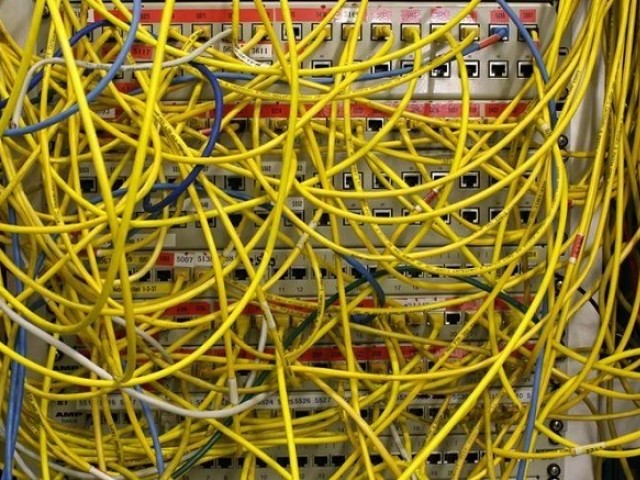 America’s decision to scrap rules designed to ensure a free and open internet leaves the European Union as the biggest market where Net neutrality still prevails — but critics say the EU is not a level playing field.

Consumer rights groups complain that EU regulations are being interpreted in ways that allow telecom firms and internet providers to offer discriminatory access to applications ranging from social media to music and video streaming.

“In practice, providers are allowed to use their position as gate-keepers to favor certain services, which is detrimental to consumers, competition and innovation as far as new, smaller players are concerned,” said Eduardo Santos, director of the D3 Association for the Defense of Digital Rights in Portugal.

US agency prepares to hand over internet oversight to FTC

“The law is lax on that, which is wrong,” he said.

At the heart of the issue is a practice whereby network operators charge nothing for data traffic on a popular app or a pool of apps in order to attract more clients.

This preferential pricing strategy, called “zero rating”, is being tolerated to an extent by European net neutrality rules.

In Portugal, the practice grabbed international attention when US House representative Ro Khanna, campaigning against the removal of net neutrality in the United States, portrayed it as a country without a level playing field.

Khanna tweeted that Portuguese internet providers were “starting to split the net into packages” and cited offers advertised by local telecoms provider MEO, a unit of Dutch-listed Altice.

Aside from standard zero-rating pricing, some of MEO’s mobile phone packages adopt two-tiered pricing which critics see as an even bigger departure from net neutrality than zero rating.

In addition to a basic package, it offers more attractively priced add-on packages tied to groups of the most popular apps.

For example, its “Social” package lists eight apps including Facebook, Instagram and Twitter. Apps not listed are only available at the more expensive, basic data-usage rates.

MEO says it “complies with the EU rules on net neutrality and there is no market distortion caused by its offers”.

It denies any preferential treatment, saying that the apps tied to its packages only reflect consumer preferences and that other app providers should contact MEO if they want to be included.

‘WE CONTINUE TO FIGHT’

Nevertheless, experts and regulators say it is an exaggeration to describe the EU situation as “no net neutrality”. EU rules still ban operators from blocking access to apps, which is what backers of net neutrality fear will now happen after the US regulator’s decision on Thursday to repeal the rules there.

However, Carlos Martins, a software programmer and blogger in Portugal, said MEO’s offers represented a threat to fragment the internet. He likened it to the broadcasting industry, where content is split up into separate pay-TV channels.

“Unfortunately the tendency is for providers and telecoms to test the limits of the rules more and more, so the concern is that such offers will spread,” Martins said.

In Italy, mobile operator Wind Tre was banned this year from offering its own music app in a zero-rating plan, meaning the app’s usage did not count toward the plan’s data cap. Once the cap was reached, the app could keep functioning while “general traffic” would slow down until more data was purchased.

The policy is interpreted by national regulators which may have different views on the issue of zero-rating, said Marco Pierani, a spokesman for Italian consumer group Altroconsumo.

“There are cases that can be interpreted differently depending on the country, which is absurd given that we should be a single digital market,” he said.

“It is a battle we continue to fight … Leaving the choice to the service providers creates a false market and places the choice in the hands of very few operators who are very strong.”

The Body of European Regulators for Electronic Communications (BEREC), has produced guidelines on zero-rating and acknowledges national regulators “are still at an early stage of the implementation of net neutrality rules”.

“The situation with zero-rating offers is not black and white,” BEREC chairman Sebastien Soriano told Reuters.

The group expects to come up with a detailed report within 12 months to assist Brussels in a review of the regulations.

“We are applying these rules for a little more than a year. We ask for a little bit of time to be judged on that,” Soriano said, adding that national regulators were taking action.

“That MEO offer is a third kind of offer — so far the only one in Europe… but I assure you that it is under scrutiny by the Portuguese regulator ANACOM and it has not been cleared.”