She was an activi­st and fought for civil rights­
By Our Correspondent
Published: December 14, 2017
Tweet Email 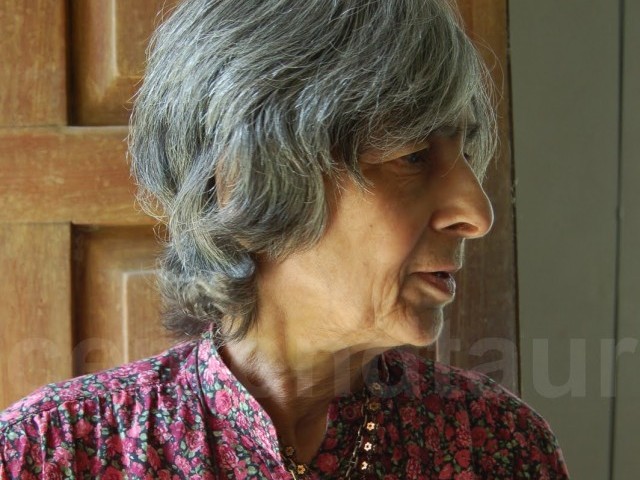 KARACHI: Amina Jilani, a fearless columnist, who passed away at the age of 80 last Thursday after battling with cancer for a year, was a firm believer in the acquisition of justice, human rights and the democratic process. According to a close friend, Muneeza Shamsie, she never ceased to speak out against rampant abuse of power and privilege in our society.

Jilani was a regular contributor to The Express Tribune as well as other leading publications. She was originally from Bahawalpur and her grandfather was a physician to the Nawab. Her father, Colonel Khursheed Jilani, was a doctor in the army and also served in World War II.

She went to school in England and Germany and was fluent in both German and French. She shifted to Karachi permanently in the 1980s with her mother. In her final years she was looked after with great care and affection by Ava Cowasjee.

“Amina had strong opinions like Ardeshir Cowasjee,” said senior journalist Zubeida Mustafa, adding that “her demise is no doubt a great loss as there are not many writers who write boldly on serious issues.” She took care of Cowasjee during his final years as a long-term associate and close friend and used to organise social activities and manage his writings and publications, Mustafa said.

Pakistan Institute of Labour Education and Research Executive Director Karamat Ali said Jilani did not write as often in recent years but whenever she picked up a pen she raised grave issues and especially penned down her thoughts on civil rights as a committed activist. Writer Irfan Hussain also said that no article about Cowasjee would be complete without a mention of Jilani.

After the rain comes a rainbow