We want all proble­ms to be resolv­ed at the earlie­st so people don't have to suffer, says Peshaw­ar DC Islam Zeb
By Umer Farooq
Published: December 13, 2017
Tweet Email 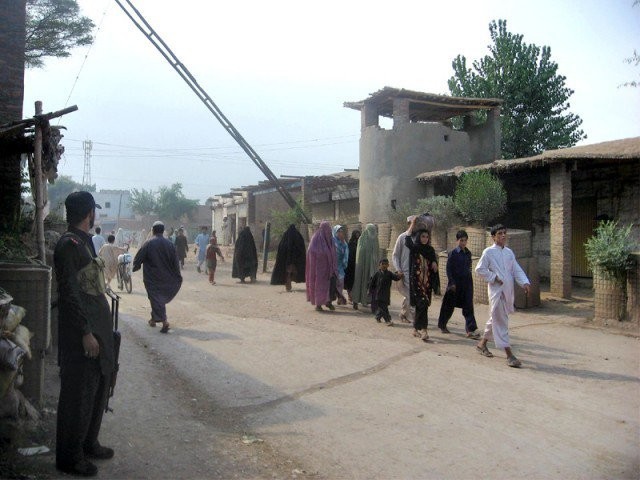 People of all ages were keen to apprise the DC about the issues they have been faceing for the past 60 years.PHOTO: EXPRESS/FILE

PESHAWAR: For the first time since 1957, a deputy commissioner (DC) is seen working to solve problems of the local people in the Frontier Region (FR), Peshawar – the area once termed to be a breeding ground for militancy.

Residents thronged the Khuli Kachehri (open court) where Peshawar DC Islam Zeb heard their issues. Some of the issues were resolved on the spot while others that needed documentation were solved later on.

The DC said the area had always been neglected with a small fraction going to the Frontier Region and with access to drinking water and education always being weak.

“We want all problems to be resolved at the earliest so people don’t have to suffer,” he added.

“I’m 50 years old now and I don’t ever remember having anyone cater to our issues,” said Malik Faraz from FR Peshawar. The last time a deputy commissioner visited the area was back in 1957, he added.

People of all ages were keen to apprise the deputy commissioner, also called DC, about the issues they faced for the past 70 years.

“Holding Khuli Kachehri shall have a far reaching impact on the issues as having to travel from far flung areas to Peshawar was an inconvenience for locals,” said Faraz who is a teacher by profession.

Issues pertaining to health, education, infrastructure, as well as, domestic matters were raised during the open court session.