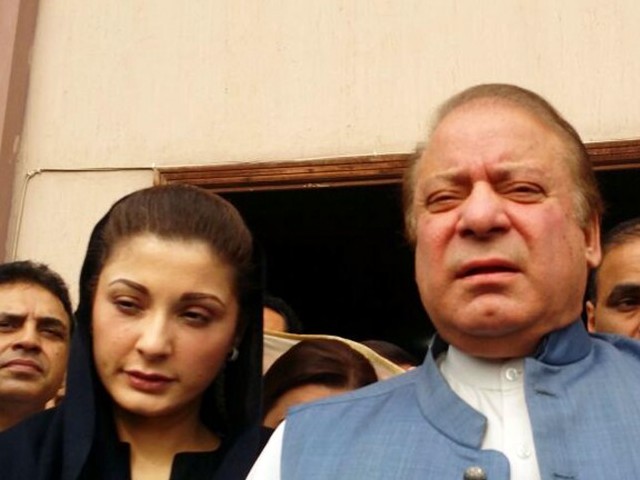 ISLAMABAD: The Supreme Court on Monday came down hard on National Accountability (NAB) lawyer for relying only on the Panamagate case judgment to justify its appeal for reopening the Hudabiya Paper Mills reference case against the Sharif family.

During the hearing, NAB Deputy Prosecutor Imran ul Haq told the court that former prime minister Nawaz Sharif used his influence. However, the bench cautioned Haq he was setting a dangerous precedent by attacking the very institution he was representing (NAB).

Haq replied that he was relying on Panamagate case judgment as the Hudabiya case issue was linked to the Panamagate case. He also read out parts of Justice Asif Saeed Khosa’s note in the apex court’s verdict on April 20.

But Justice Qazi Faez Isa told him that it was ‘minority judge’s view’. “Don’t read minority judgment”, the judge told him. Even he warned Haq if he referred the Panamagate judgment again the court would issue notice to him.

The bench expressed surprise that NAB had no case except the Panamagate case verdict. It said that the main judgment did not deliberate upon the Hudabiya case rather said that the matter would be dealt with when the NAB would file appeal against LHC’s verdict.

The court also said that if the Panama case bench had passed order in this matter, why they [the SC bench] were sitting to hear the case.

Monday’s was the second hearing of the case but the bench had yet to grant leave and issued notice to respondents, including the Sharif family. The hearing was relatively good for the Sharifs, who have been facing tough time in courts for last one year.

Later, while discussing facts of the matter, the bench asked NAB where corruption was committed and where the criminality was involved in this matter. Justice Isa also observed that prima facie Rs1.2 billion scam was a case of income tax.

The judge asked the lawyer if the Income Tax Department raised questions at that time. He told the NAB to give specific date when the alleged offence was committed.

Justice Isa also asked NAB to explain how the fictitious accounts were opened. Accounts are not generally used to send black money abroad but other methods are adopted, he told the NAB deputy prosecutor.

The bench noted that apparently, the reference was filed in view of company audit but it was not mentioned how the illegality was done.

The bench questioned whether the apex court in its April 20 verdict had asked the joint investigation team (JIT) to probe the matter related to the particular company (Hudabiya Papers Mill). It also asked that what kind of new evidences had been collected by the JIT in this matter.

The bench noted that it did not see that influence was used by the Sharif family during Musharraf regime. It noted that since 2010, the NAB did not do anything in this matter. Justice Mushir Alam asked about the legal sanctity of exile, asking whether or not Nawaz Sharif’s exile was legal.

The bench questioned if NAB was saying that Musharraf facilitated the accused by sending them abroad during the trial in Hudabiya case. Justice Isa also questioned that whether the NAB had taken action against the facilitator [Musharraf] in this case.

NAB’s request to reopen Hudaibiya Paper Mills case is against the law: Dar

The bench observed that the LHC in its first order in 2011 did not stay the proceedings. “You by your own conduct killed the reference”, the prosecutor was told. The bench repeatedly asked NAB to justify its point that influence was exercise by Sharif in Hudabiya case.

Meanwhile, the bench stopped TV channels to discuss on the merits or de-merits of the case in talk shows. The bench said that the media would do ‘actual’ reporting but there would be no talk shows. It asked the Pakistan Electronic Media Regulatory Authority (Pemra) to ensure compliance of the media restriction.

Earlier, the bench rejected the NAB’s plea to adjourn the proceedings in the case until the appointment of NAB prosecutor general. The court observed that the reason for adjourning the case was not substantial enough.

Some 17 years ago, NAB claimed that Nawaz Sharif, then prime minister, and his family received more than Rs1 billion “through illegal and fraudulent means” and that they were liable to be tried under anti-corruption laws in relation to the Hudabiya Papers Mills.

In 2014, Lahore High Court (LHC) quashed the reference concerning the Hudabiya Papers Mills against the Sharif family. However, the anti-graft watchdog did not challenge the LHC’s order at that time.

Later, Pakistan Tehreek-e-Insaf (PTI) chief Imran Khan in the Panamagate case requested the apex court to direct NAB to file appeal in this matter and the court summoned then NAB chairman Qamar Zaman Chaudhry to get his opinion on filing of appeal.

Chaudhry, however, stood with his earlier view of not filing the appeal. But later, when the bench again took up the matter on a plea of Awami Muslim League chief Sheikh Rasheed, the NAB assured the bench to move petition in this matter.