"Salvat­or Mundi" - dated to around 1500 - is the last known Da Vinci in the hands of a privat­e collec­tor
By Reuters
Published: December 8, 2017
Tweet Email 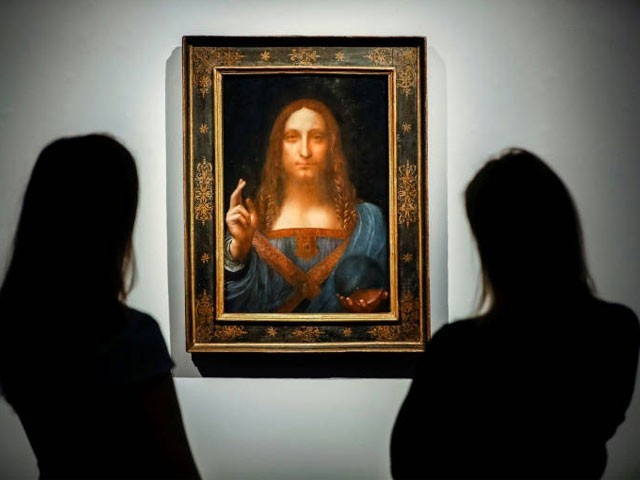 The young and dynamic crown prince, known by his initials MBS, used an intermediary to buy the much-sought-after painting of Christ, “Salvator Mundi,” the newspaper reported, citing US intelligence and other unnamed sources.

The son of Saudi King Salman is seen to be progressively consolidating his power, and is the architect of a wide-ranging plan dubbed Vision 2030 to bring social and economic change to his country’s oil-dependent economy.

He is also seen as the mastermind of last month’s rounding-up of more than 200 princes, ministers and businessmen in a sweeping anti-corruption purge.

The painting – one of fewer than 20 works generally accepted as being by the Renaissance master, according to Christie’s – was bought by little-known Prince Bader bin Abdullah bin Mohammed bin Farhan al-Saud, reports say.

The Journal reported that Bader was the nominal buyer, but said MBS was identified in US intelligence reports as the true owner.

“He is a proxy for MBS,” an unnamed figure in the Gulf art world told the Journal.

On Wednesday, the Louvre Abu Dhabi announced that the record-breaking Da Vinci painting would be displayed there.

The reports come shortly after the United Arab Emirates and Saudi Arabia announced the formation of a new military and economic committee, separate from the Gulf Cooperation Council.

In recent years, Qatar has been the biggest player in the Gulf art world, but in June, Saudi Arabia and some of its allies broke off diplomatic and trade relations with Doha, which they accuse of supporting extremist movements.

“Salvator Mundi” – dated to around 1500 – is the last known Da Vinci in the hands of a private collector. It was long believed to be a copy but was finally authenticated about a dozen years ago.