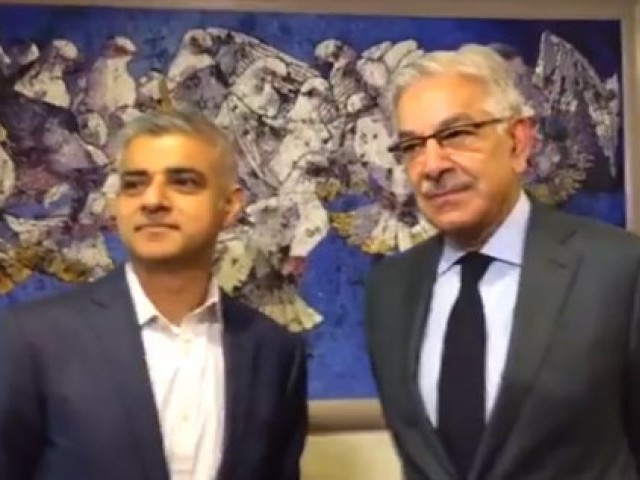 In a meeting at the Foreign Office in Islamabad, Asif congratulated Sadiq on his “effective leadership of a city like London with its multiple demands”.

“The foreign minister also briefed the mayor about Pakistan’s successes in the economic field and the regional situation,” a Foreign Office statement said.

The London mayor explained his “London is Open” campaign, saying London remained the best place to study and work. “He emphasised the deepening of relations between the two countries across a range of areas including trade, education, culture and the arts,” the communiqué read.

Sadiq is on a three day visit to Pakistan. He is scheduled to meet the prime minister and Sindh Chief Minister Murad Ali Shah.