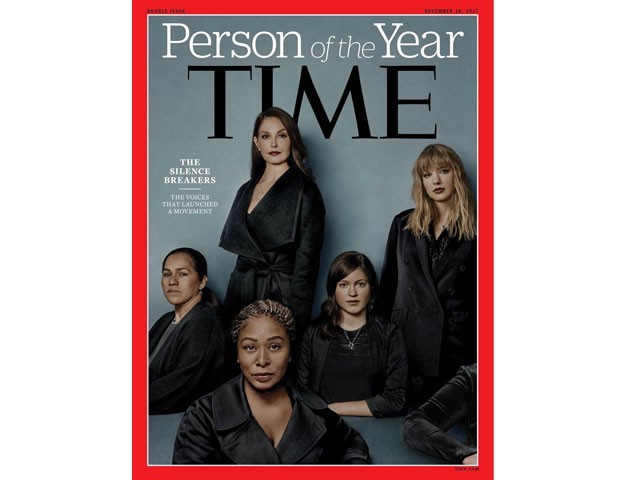 NEW YORK: Time magazine named Wednesday “The Silence Breakers” who revealed the pervasiveness of sexual harassment and assault across various industries that triggered a national reckoning in the United States as Person of the Year.

“The Silence Breakers” designates a broad range of people, mostly women, from this year’s first public accusers of disgraced Hollywood mogul Harvey Weinstein to those who shared their stories of abuse using the hashtag #MeToo and its foreign language equivalents.

President Donald Trump was runner-up of the prestigious ranking, ahead of his Chinese counterpart Xi Jinping.