First kidney transplant of a minor at state hospital

First kidney transplant of a minor at state hospital

Medic says there is a need to create awaren­ess among the public about organ donati­on
By Our Correspondent
Published: December 6, 2017
Tweet Email 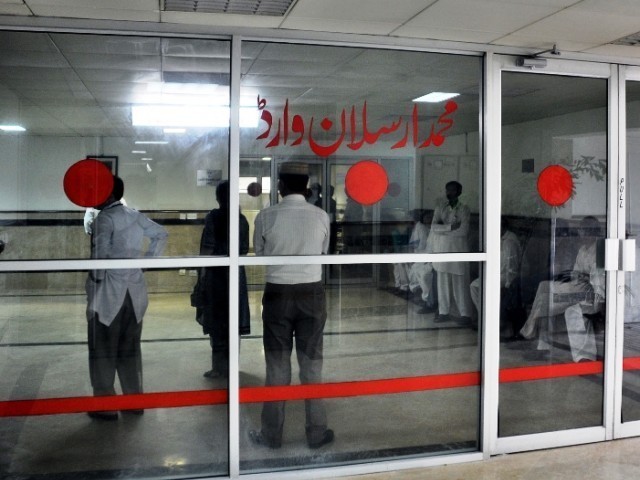 LAHORE: It was the first time in the history of Punjab that a public service hospital successfully carried out the kidney transplant operation on a minor.

The operation was done last week at the Sheikh Zayed Hospital by Professor Hafiz Ashraf and his team.

While talking to The Express Tribune, Shaikh Zayed Hospital Dean Prof Farid Ahmed said that the mother donated her kidney to her child since the hospital had strictly maintained that only relatives could donate.

“Seven-year-old Zainab was born with a kidney disorder and had no choice, but to have a transplant immediately,” he added. “We accepted the challenge and succeeded by the grace of Allah,” he commented

He said that the paediatric transplant was a gift for the masses of the country as the medical facility only conducted the operation on adults.

Professor Hafiz Ashraf, while talking to The Express Tribune, said that since the lives of hundreds of people were cut short by organ failures in the country, there was a need to create awareness among the public to donate these vitals.

“Millions of people are in need of urgent kidney transplants. Islamic scholars should come forward to spread awareness about organ donation,” he added.

He said that organs which could be donated included kidney, liver, heart, lung, pancreas and corneas. “Organs of those who have passed away can be donated for transplantation,” he said.

Professor Dr Hafiz, who worked as the head of department of urology and kidney transplantation at the Shaikh Zayed Hospital, said more than 20 million people were suffering from kidney-related diseases in Pakistan.

“Shaikh Zayed Hospital is one of the leading providers of kidney transplant services in government sector hospitals. According to the hospital’s data, it has successfully conducted 400 kidney transplants during the last two years,” he added.

Most of the people were not aware about the symptoms of kidney diseases and were diagnosed at a stage where kidney transplantation became inevitable, said Professor Hafiz.

The doctor added that in Pakistan, around 20,000 people catch the disease every year and 8,000 to 10,000 people from Punjab visit hospitals with such ailments.