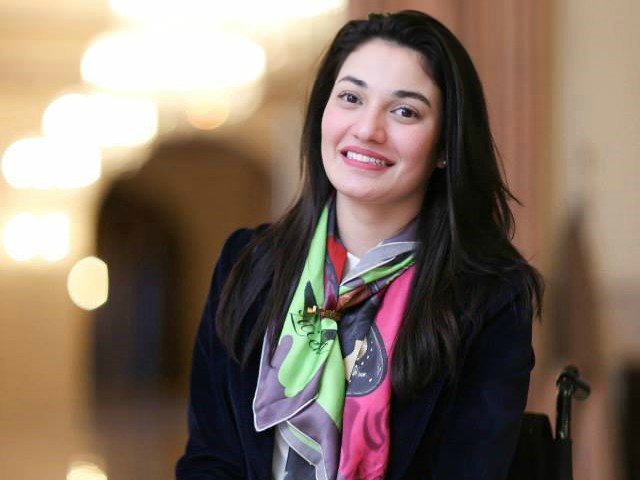 ISLAMABAD: The former spouse of activist and television host Muniba Mazari has sued her for Rs10 million, accusing her of distorting facts of their relationship and injuring his repute.

A local court in Islamabad is set to take up the case on December 7.

Khurram Shahzad, a former air force official and now a commercial pilot, had married Mazari in December 2005. She divorced him in 2015. The couple had met with a car accident near Jacobabad on February 27, 2008, in which Mazari lost both her legs.

Shahzad maintains that he tried to promote Mazari’s paintings in an effort to nurse her back to normalcy. After she started interacting with foreigners in Islamabad’s diplomatic circles, he said, she developed an interest in modelling and singing. However, Shahzad maintained that this was against his family’s values.

“Similarly, being an esteemed officer of defence forces, the plaintiff could not allow the defendant [Mazari] to continue such practices,” Shahzad maintained in his petition. He added that Mazari left his house of her free will in 2014 and filed for divorce the next year.

Mazari, who is also a UN Women Goodwill Ambassador in Pakistan, gained popularity after regularly appearing on national TV.

Shahzad claims that she distorted the facts of their relationship after their separation and painted him in poor light. He particularly mentioned a TedTalk Mazari gave in 2015 where she said that “Six and a half years back I met a car accident. I was travelling from Quetta to my hometown in Rahim Yar Khan. The ‘driver’ slept and the car fell into a ditch.”

Disputing the account, Shahzad maintained it was she who was sleeping at the time while he was behind the wheel.

In another show, referred to in the petition, Mazari said Shahzad had managed to jump out of the car and save himself.

“By showing plaintiff very cruel and selfish person, the defendant [Mazari] is seeking attention and sympathy and eventually high rating through national and international media,” he maintained.

Shahzad, who has since remarried and has a three months old child, says her family is also deeply depressed to see this insult.

He has demanded Rs10 million in damages for the mental agony, torture and injury to his repute due to Mazari’s comments on different forums. He has also requested the court to restrain Mazari from defaming him in future as well.

I have just learnt about the case from the media and I have not received any formal court notice / Summons as yet. However, I have instructed my lawyer Hasan Mann to look into the matter. Thank you and God bless! :)