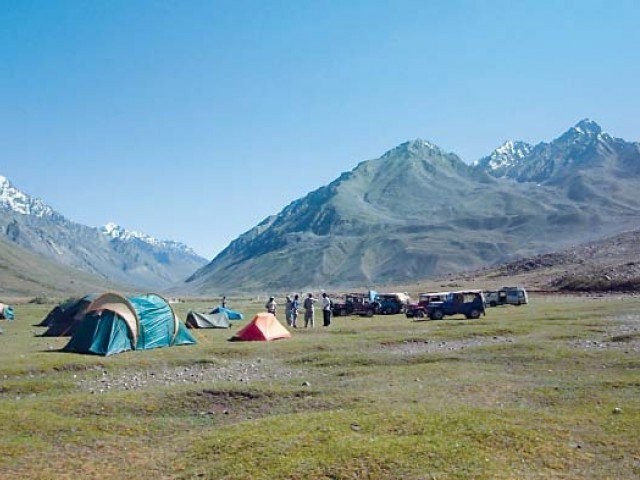 To better accommodate tourists who are expected to visit the province from around the world in the upcoming tourist season, the provincial tourism department has installed camping pods in Shangla.

This was announced by the Khyber-Pakhtunkhwa (K-P) Sports, Tourism, Archaeology, Museums, Culture and Youth Affairs Secretary Muhammad Tariq while chairing a meeting on Monday.

The meeting also reviewed the rehabilitation and renovation work done on tourism sites around the province.

Tariq said that locations for setting up new tourist attractions have been identified while work on improving scenic sites is expected to be completed over the next few months.

“Four camping villages have already been set up in Thandiani, Bishigram, Sheikh Badin and Sharan, while 13 other sites have been identified where camping pods will be installed under an arrangement with UNDP,” said K-P Tourism Corporation (TCKP) Managing Director Mushtaq Ahmed Khan.

These pods, Mushtaq said, can accommodate 40 to 50 tourists at a time. He added that these pods have been equipped with modern facilities including security, a kitchen and even a play area for children.

Along with the camping pods, a tent village will also be set up to cater to more adventure-seeking tourists.