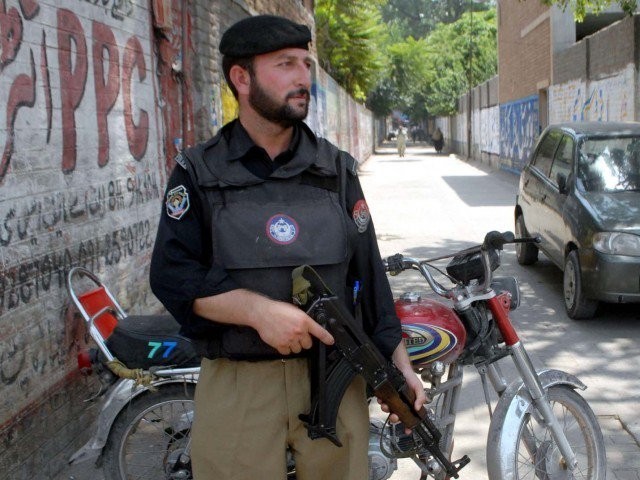 HARIPUR: Expressing love for Hindustan the Persian name for South Asia, though after partition it relates only to India landed a youth in the slammer.

Seeing ‘Hindustan Zindabad’ or long live Hindustan written on the wall of a house in the Nara Amazai area of Haripur infuriated the local community. Though national poet Allama Iqbal too had penned ‘Saray Jahan Se Acha Hindustan Humara’ (Our Hindustan is the best in the world), the youth in Haripur choose a different era to express his thoughts.

According to police, Sajid Shah had been booked for treason under section 505 of the Pakistani Penal Code. City Police Station SHO Saeed Jadoon told Daily Express that Sajid had written Hindustan Zindabad on the outer wall of his home in Nara Amazi.

The local people told him to remove the slogan as it hurt their national pride, the SHO said. Some people took pictures of the wall on their smartphones and emailed them to senior police officials.

“We have booked the young man on orders from the high-ups”, Jadoon said, refusing to comment further.

Judiciary intervenes when executive fails in its duties: CJP