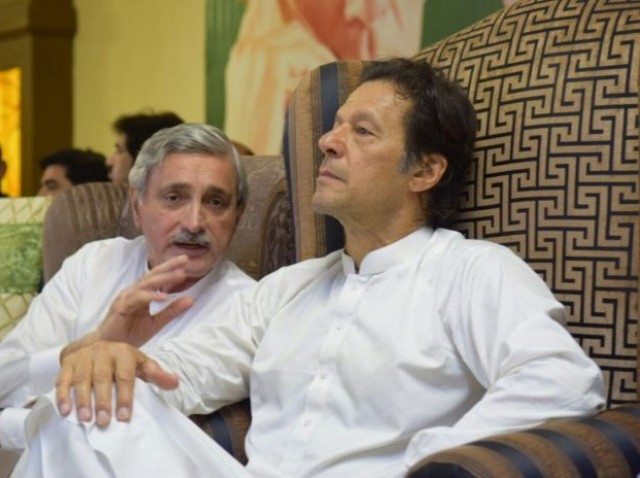 ISLAMABAD: The Election Commission of Pakistan (ECP) has postponed contempt of electoral code of conduct proceedings against PTI Chief Imran Khan till December 18 since he has a petition on the matter pending in the Islamabad High Court (IHC).

A four member team, under Chief Election Commissioner (CEC), headed the proceedings of the commission as the hearing in the case began.

The ECP had earlier taken notice of Khan violating the electoral code of conduct in NA-63 Jhelum and NA 162 Sahiwal.

ECP postpones contempt of court proceedings against Imran till Oct 12

Babar Awan, the counsel for the defence, argued that the defendant had challenged the electoral laws he was accused of violating in Islamabad High Court (IHC), and a judge is scheduled to hear the case on December 15.

CEC observed that the commission could not run after dates set by the court, to which Babar replied that the ECP has already postponed the proceedings of a similar case against Nawaz Sharif indefinitely because Sharif had pending petitions at the Supreme Court of Pakistan (SC) and the IHC.

ECP directed Awan to present arguments on behalf of his client before the commission by December 18th.

State of Pakistan is not a ‘tamatar’: Babar Awan

While talking to reporters outside the court, Babar Awan said that the State of Pakistan is not a ‘tamatar’ (tomato).

He was commenting on a recent statement by a high ranking government official who said that the state found itself in danger in the current political climate.

“In the current conditions, it is their politics which is in danger. Clash of institutions should be avoided at all costs,” Awan said.

Talking about the proceedings of the commission, Awan said that the ECP had issued notices to many members of the opposition which barred them from participating in election-related activities.

ECP adjourns hearing in Imran case for one last time

“According to the notice, opposition members were told not to hold public gatherings or meet political figures,” Awan revealed. “The notices violate everyone’s basic right of freedom of speech,” Awan lashed out.

He said that Khan had petitioned the IHC to declare the notices ‘illegal and unconstitutional’.