We catch up with Urwa Hocane and Bilal Ashraf behind the scenes to talk about their upcomi­ng film
Published: December 3, 2017
Tweet Email 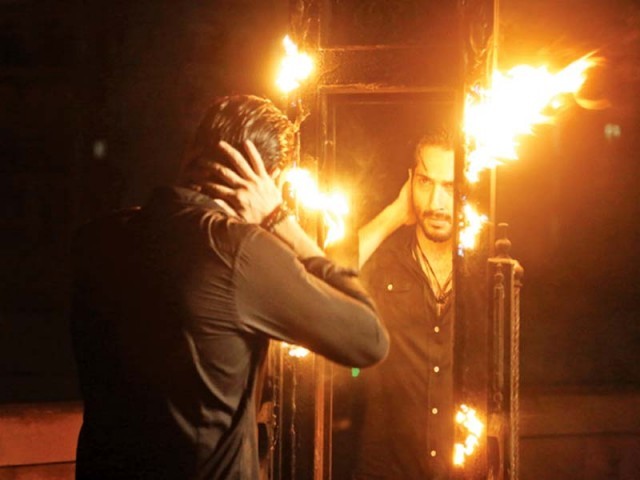 The much-anticipated release of Rangreza is right around the corner and fans can hardly wait. Directed by Amir Mohiuddin, the film is one of the first romantic musicals in Pakistan, packed with drama, action, romance and comedy. As we await its release, we catch up with Urwa Hocane and Bilal Ashraf behind the scenes to talk about their upcoming film

What did you think of Rangreza’s script when you first read it?

Urwa: I read through the whole script in three hours! It was very engaging and interesting. I go with my instinct; I got the right feeling after reading the script and instantly called my director and said yes.

Bilal: It’s a very challenging role and a very intense character, nothing like what I’ve done before. When I heard the names of the rest of the cast it made me feel like I’m the dark horse haha. But my director Amir Mohiuddin and the writer Akhtar Qayoom really believed in me and had a huge hand in convincing me to do it. 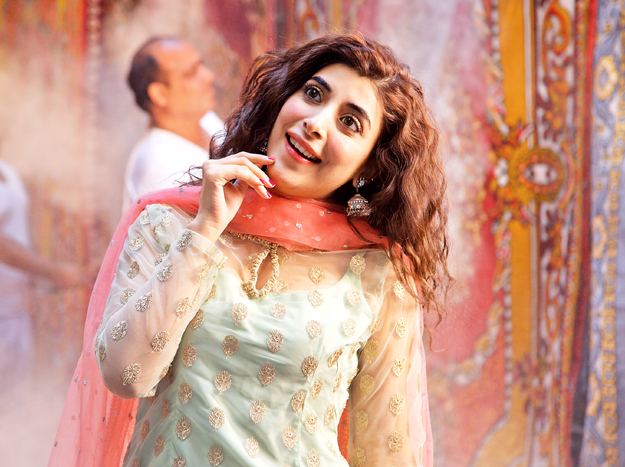 How would you describe your character in the movie?

Urwa:  My character is called Reshmi. She’s a simple girl next door but there are many layers to her character – she’s all about love and family values, but what makes her stand out is how she deals with intense situations.

Bilal: Ali Zain, the character I’m playing is a kind of a rebel who is a pop rock star, who takes you on a musical journey. You’ll see many shades of drama, intense romance, comedy and a little bit of action through him – it’s a very relatable character. 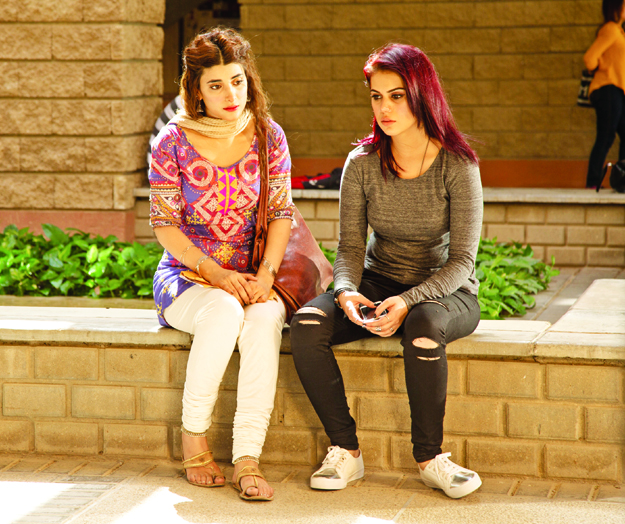 Urwa: I’ve never done a romantic-musical and I don’t think there has ever been a romantic-musical in Pakistan that’s been a true love story. Rangreza is truly a one of a kind love story – the music in the film really elaborates and defines the characters and helps in the story telling process, definitely not something you’ve ever seen before!

Bilal: You don’t see many romantic-musicals in Pakistan, they’re very rare but speaking of Rangreza it’s a complete film. Apart from the music, the actors have gotten the message across brilliantly with their acting. Whether it’s different or not you’re going to have to watch it for yourself and decide.

What can we expect from your characters in the movie?

Urwa: I think everybody’s done their best altogether – we were true to the essence of storytelling and how the story should come across. This film is bound to trigger a lot of emotions.

Bilal: You’ll constantly be guessing what’s next! The film will keep you engrossed throughout – expect romance, drama, action and comedy. 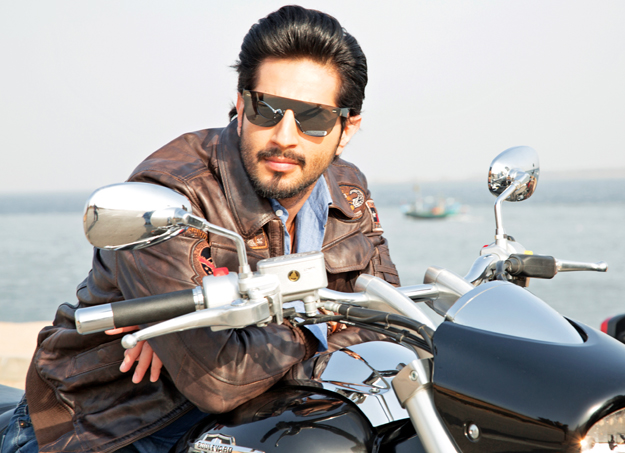 You play a musician in the movie, how did you prepare for the character?

Bilal: I looked up a lot of YouTube videos of Led Zeppelin, Van Halen and Rock of Ages. But I think I really took inspiration from some of our own artists; Junoon and Junaid Jamshed particularly. In fact, I dedicate my Rangreza title track performance to Junaid Jamshed – I’m a huge fan! I spent a lot of time with hardcore musicians, from tabla players to dholak players to some instrument players that I didn’t even know existed. I learnt how to play the guitar and the piano so I’ve really tried to do my best – I hope everyone will like it.

How have your characters strengthened you as actors?

Urwa: My characters have made me who I am today. Every project I’ve been a part of has been a learning process and I feel like every director you work with always teaches you something new. So I’ve been very lucky in terms of the kind of work I’ve done and people I’ve worked with – it’s helped me understand a lot of things.

Bilal: My role in Rangreza is very close to my heart. It’s the first role that I’ve done that has required me to go through every possible emotion. It really stretched and tested my limits and I’ve never worked this hard for any other character. So it’s really helped me realise all that I am capable of. 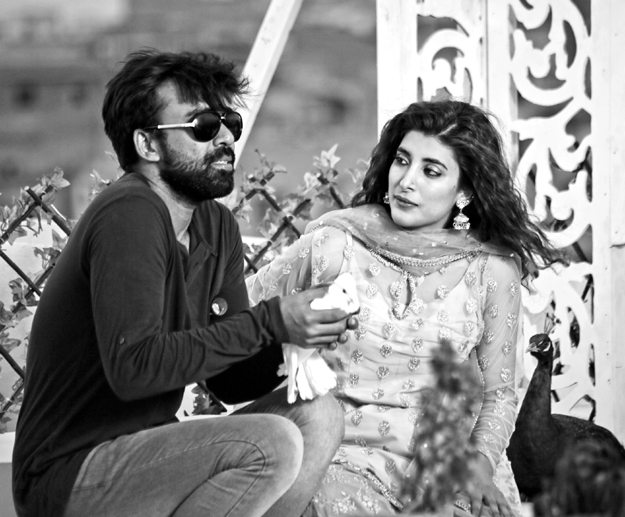 What’s the one trait your character has you wish you had too?

Urwa: I think my character knows a lot about music and in real life I’m not a musician so I don’t know much. My husband, Farhan keeps teaching me so I had to learn a lot of the itsy bitsy details that someone with a musical background should know. So I wish I had that kind of knowledge.

Bilal: I wish I could sing!

How has it been working alongside each other?

Urwa: It’s been lovely working with Bilal and Gohar. I would call it a wonderfully creative journey. We would discuss all our ideas and try to come up with new ways of improving whatever we were working on. All in all it was great.

Bilal: It was fantastic working with them. This is my third film with Gohar and he also happens to be my closest friend in the industry and Urwa is a perfectionist. She would keep telling me to concentrate and give my best – so they both drove me to do my work better in their own ways. It was great to have such motivational and professional co-stars.

Any memorable moments while shooting the movie?

Urwa: I will never forget this entire journey – especially when it came to an end, it was very sad for all of us. There are too many memorable moments to ever forget this awesome experience.

Bilal: When I was shooting for my title track there were about 2000 extras when I walked out onto the set and I was taken aback (in a good way of course)!  It was crazy to see so many people there – that by far has been the best shooting experience I’ve had. 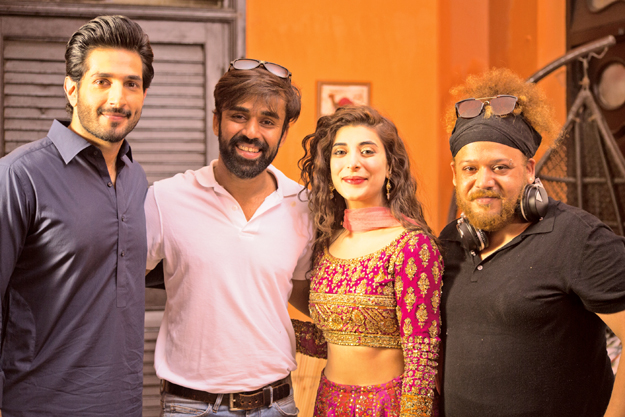 One thing your fans don’t know about you?

Urwa: I think I’m misunderstood by what I say sometimes – I don’t have the best choice of words.

Bilal: I’m very camera-shy believe it or not! I don’t like big crowds but here I am haha. I’m trying to be brave!

A character from any movie you wish you could play?

Urwa: Umrao Jan or Kareena’s character from Jab we Met!

Bilal: A villain from any Bond movie.

Are there any exciting projects in the pipeline for you?

Urwa: There are a lot of projects in the pipeline and I’m reading a lot of scripts right now so I’ll keep you all posted!

Bilal: Yes! There are many things lined up but I’m just trying to decide whether I should do an action film next or a comedy film. So let’s see.

It runs in the family: Aleena and Alizeh Ahmad