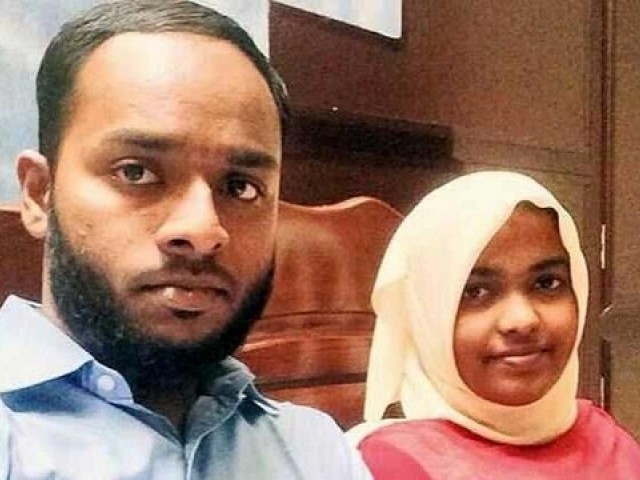 NEW DELHI: An Indian woman whose marriage to a Muslim was annulled at her Hindu father’s request has denied she was forcibly converted to Islam, ahead of her testimony in the Supreme Court on Monday.

The decision by a local court in May to nullify the marriage and force Akhila Ashokan, 25, to return to live with her parents has caused outrage among woman’s rights campaigners.

Her father had petitioned the high court in the southern state of Kerala to annul the marriage, claiming she had been forced into it and made to convert to Islam.

But the court’s decision was challenged by her former husband in the Supreme Court, which asked her to appear in person to give evidence on November 27.

“I am a Muslim. I was not forced. I want to be with my husband!” a Press Trust of India report quoted Ashokan as saying.

The news agency said she made the shouted comment to journalists as she was being whisked away by police to the airport for her flight to New Delhi on Saturday.

The issue has become a flashpoint for nationalists in recent years, with Hindu extremists raising fears of “love jihad” – claims that young Muslim men were attempting to seduce Hindu women in order to convert them.

Ashokan married in December last year after converting to Islam and changing her name to Hadiya.

She has not been allowed to leave her father’s house since the marriage was annulled in May.

The federal investigations agency has said it is looking into alleged links between her husband Shafin Jahan and extremist groups.
He has not been convicted of any crime.