The country is burning and the state is losing its writ, says Imran Khan

The country is burning and the state is losing its writ, says Imran Khan 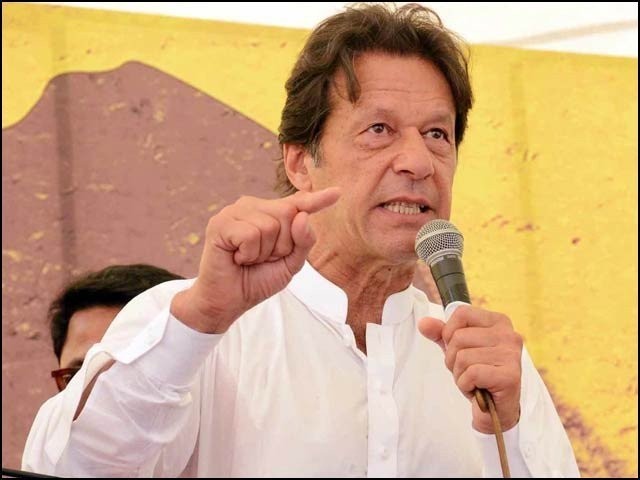 ISLAMABAD: While the government is already under pressure for failing to cope with protesters in the heart of the capital city, the silence of the various political parties on the issue has added insult to injury.

The sole party that has taken notice of the situation is the Pakistan Tehreek-e-Insaf (PTI), but that too with words of condemnation over the use of force against the protesters by the government.

Imran Khan, the PTI chief, seized the situation as an opportunity to reiterate his demand for holding elections before the schedule.

In a brief statement, Khan stated that the situation “reflects a complete breakdown” of governance and the state writ. He also advised protesters to “stay peaceful”.

The Pakistan Peoples Party (PPP), however, preferred to remain tight-lipped, not saying a single official word on the protest in Islamabad that has now spilled over to other cities of the country.

Other political parties including the JUI-F, the MQM and the ANP followed the PPP in keeping mum.

The PTI chief questioned why the government failed to make public the report of investigation by Leader of the House in Senate Raja Zafarul Haq and avoided action against those responsible for the Khatm-e-Nabuwwat clause controversy.

“Bearing in mind the Khatam-e-Nabuwwat is a core tenet of our faith and is a most sacredly-held belief by all Muslims, why did the government, after realising its mistake and installing the Raja Zafarul Haq committee to investigate it, not make the result of the investigation public — and hence take action against those who engineered the change,” the PTI chief said.

He expressed grave concern over the developments unfolding across the country as a result of the government’s “incompetence and obduracy”.

He said that by this oversight, and once the dherna was in place, the government resolutely remained silent on the findings of the committee, which created a growing perception that it was hiding something sinister and that the state of affairs reeked of a conspiracy.

However, the statement added, “PTI has also always maintained that the use of excessive force is never a solution”.

The PTI chief alleged that the government’s only effective operation was to do with the “persistent protection of “the Sharif mafia’s corruption and the billions stashed abroad”.

“The impotence of the government and misdirected focus of the PM is reflected in his sitting in Raiwind with the disqualified Sharif while the country is burning,” he stated, adding that his recurrent demand for early elections stemmed from the government’s ineffectiveness.

“This is the only way forward if we are to move beyond the chaos and save our democracy,” the PTI chief concluded