Building collapse in India's Mumbai kills one; over a dozen feared trapped

Building collapse in India's Mumbai kills one; over a dozen feared trapped

The collap­se is the latest in a spate of buildi­ng collap­ses in the city
By Reuters
Published: November 24, 2017
Tweet Email 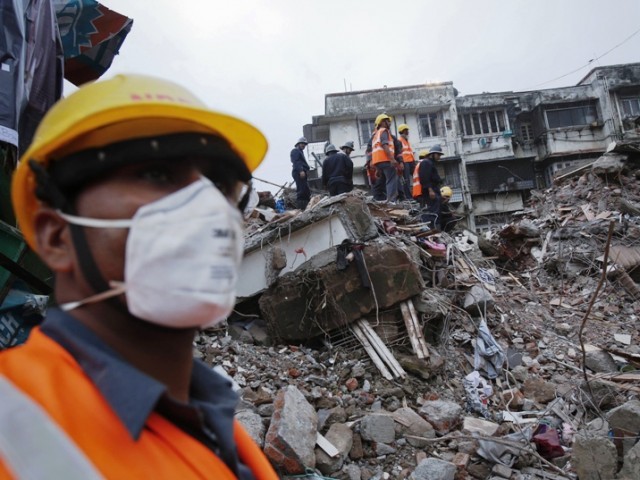 MUMBAI: Part of a four-storey building collapsed in the suburbs of the Indian city of Mumbai on Friday, killing at least one person and trapping more than a dozen, police said, the latest in a string of collapses in the financial hub.

“We have rescued six people and recovered one dead body,” said a police official, who declined to be identified. A National Disaster Response Force team was likely to join the rescue operation, the official said, adding that the reason for the collapse was not known.