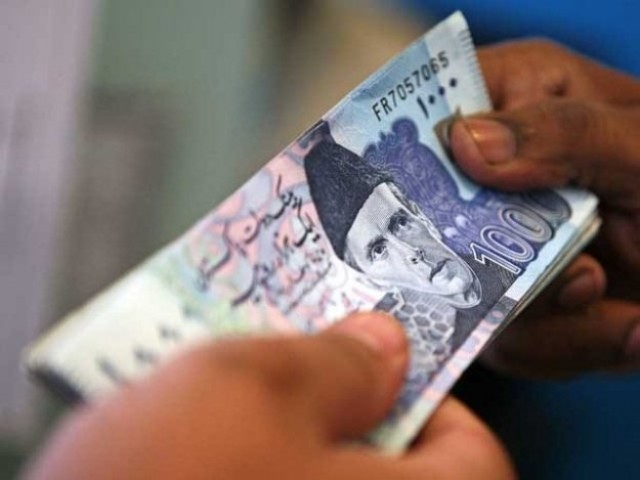 ISLAMABAD: Pakistan has obtained yet another foreign commercial loan of $500 million from the Industrial and Commercial Bank of China (ICBC), a move aimed at stopping official foreign currency reserves from slipping to dangerous levels.

With the fresh foreign loan that Islamabad contracted on October 11, total foreign commercial borrowings in the first four months of this fiscal year have crossed $1 billion, said sources in the Ministry of Finance.

The finance ministry had informed parliament in June this year that it would obtain $1 billion as commercial loans during 2017-18 that will end in June next year. However, it has already breached the limit with eight months remaining.

So far, Citibank has given $267 million and Credit Suisse AG loaned $255 million. Pakistan had signed a $450-million short-term foreign commercial loan contract with the Credit Suisse-led consortium in order to boost reserves and pay off a previous loan of Credit Suisse.

Citibank and ICBC are among half a dozen banks that Pakistan has engaged as joint lead managers to float Sukuk and Eurobonds. The road shows for the Sukuk and Eurobond began on Wednesday to raise $2 billion to $3 billion for propping up official foreign currency reserves.

The ICBC had also given $300 million commercial loan in the last fiscal year. The loans were obtained to stop the downward slide of the official foreign currency reserves that currently stand at $13.67 billion. The finance ministry was trying hard that the reserves do not slip below two-and-a-half-month import bill cover. 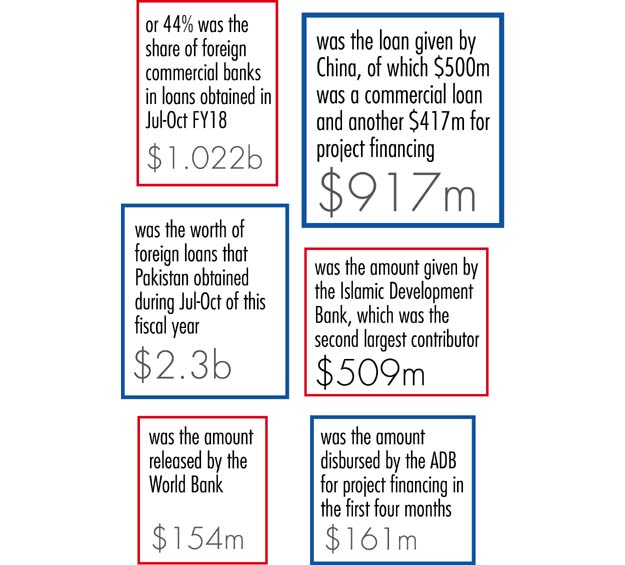 The official foreign currency reserves have depleted by $2.5 billion since July this year due to a high import bill. The current account deficit during the first four months of the fiscal year widened to over $5 billion – higher by 122% over the same period of the previous fiscal year.

During the past four and a half years, the PML-N government has been subjected to severe criticism for acquiring expensive foreign debt and increasing the overall debt pile. Pakistan’s debt sustainability indicators have worsened in the past one year and its external debt to foreign exchange earnings ratio has further deteriorated, affecting repayment capacity.

Foreign loans are only productive when these are utilised for asset building as this provides a source of earnings, according to a study carried out by renowned economist Dr Kaiser Bengali. His work suggested that with a shift in focus from project to programme loans, the country’s infrastructure is completely ignored and it has started to collapse.

Bengali argued that as long as the rate of return is at least 1% higher than the cost of borrowing, foreign debt does not create trouble in debt management.  However, most of the fresh borrowings are going to meet budget financing needs, which adds to the burden on the government.

During July-October period of this fiscal year, Pakistan obtained $2.3 billion worth of foreign loans, which is equal to 30% of the annual budgetary estimates of $7.6 billion.

During the first four months (July-October) of this fiscal year, Pakistan obtained new loans amounting to $2.3 billion and overwhelming majority of them are meant for filling the massive budget deficit gap and building foreign currency reserves.

The share of foreign commercial banks in total loans stood at 44% or $1.022 billion. China was the largest source that gave $917 million. Beijing gave $500 million as a commercial loan and another $417 million for project financing.

The Islamic Development Bank was the second largest contributor with $509 million.