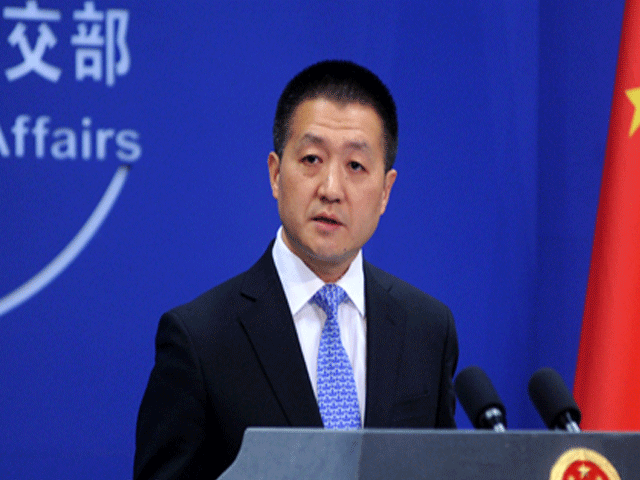 China’s foreign ministry spokesperson Lu Kang has said that the country was hoping to receive wider approval and support for China-Pakistan Economic Corridor (CPEC) among the regional countries and the rest of the international community.

Speaking to reporters during a regular press briefing on Monday, he said the multi-billion dollar project was not only of important significance to China-Pakistan common development, but also conducive to regional connectivity and common prosperity.

The statement came in response to a question over India’s suspected attempts to disrupt the economic corridor.

It is a 3,000 kilometre-long network of roads, pipelines and railways to transport goods from Gwadar port to Kashgar in the Xinjiang Uygur Autonomous Region of China.

Citing various statements of Indian leadership, a Pakistani Foreign Ministry spokesperson had claimed that an Indian intelligence agency was striving to target CPEC and had setup a cell specifically for that purpose.

“We have noted the relevant reports,” Kang responded, adding that CPEC was a new type of cooperation framework between China and Pakistan for across-the-board cooperation, in particular the long-term development of economic and trade cooperation between the two countries in a broad sense.

“China is confident in working with Pakistan to ensure the sound development of the CPEC and uphold the economic and trade cooperation between the two countries.”

China trying to convince India CPEC is for prosperity

Beijing has been trying to convince India that CPEC is based on economic cooperation and that its main aim is to promote peace and prosperity in the region despite New Delhi’s reservation over the project.

“The CPEC is neither a way to achieve political aims nor to be used in regional conflicts. Basic aim of the economic plan is to expand the mutual relations. China wants to engage other countries in the economic corridor too,” Chinese foreign official Chen Feng told a delegation of the Council of Pakistan Newspaper Editors (CPNE) in Beijing last week.

He said China had time and again clarified it to India that it had no hegemonic designs in the region.

“We rather view CPEC as a way of forming equal relationships with regional countries and to promote friendship and neighbourhood in the region,” he added.