He says focus must be on resear­ch and techno­logy to improv­e intern­ationa­l rankin­g
By Our Correspondent
Published: November 21, 2017
Tweet Email 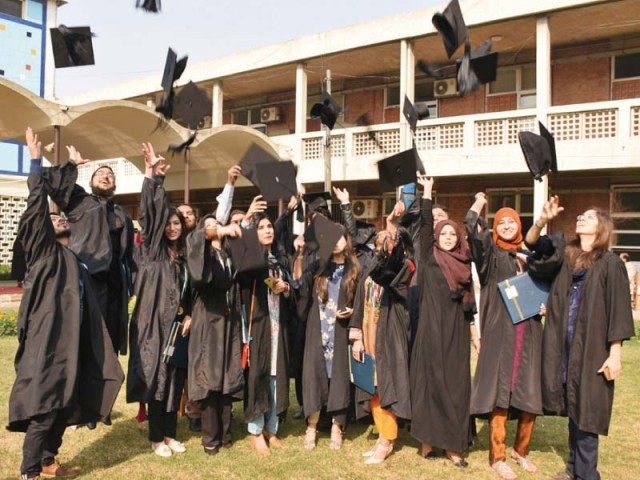 LAHORE: The current era belongs to research, technology and specialisation and authorities must focus on improving all aspects which bring Pakistan’s universities at par with the best in the world. Moreover, quality education will improve the international ranking of the universities and increase global respect of Pakistani degrees.

These were the comments of Punjab Governor and Punjab University (PU) Chancellor Malik Muhammad Rafique Rajwana who spoke at the 126th Convocation of PU at Faisal Auditorium on Monday.

‘Universities must be govt accredited’

A total of 599 degrees, medals and prizes were distributed during the convocation.

Rajwana said that criticism should be focused on bringing a positive and constructive change. He added the media should highlight the positives and negatives.

The Punjab governor’s speech at the convocation took a political turn when he commented on the current turmoil faced by his party; Pakistan Muslim League-Nawaz (PML-N). Rajwana said, “Every institution must work within its constitutional boundaries. Toppling governments is not a service to Pakistan.

There is no difference of opinion that Pakistan, our economy, democratic institutions and parliament must be strengthened and every institution must work within its boundaries.”

He said that educated youth must join politics as the country needed sane and sensible politicians.

He said freedom of expression was everybody’s right; however, they must not spoil others’ basic rights while exercising their own.