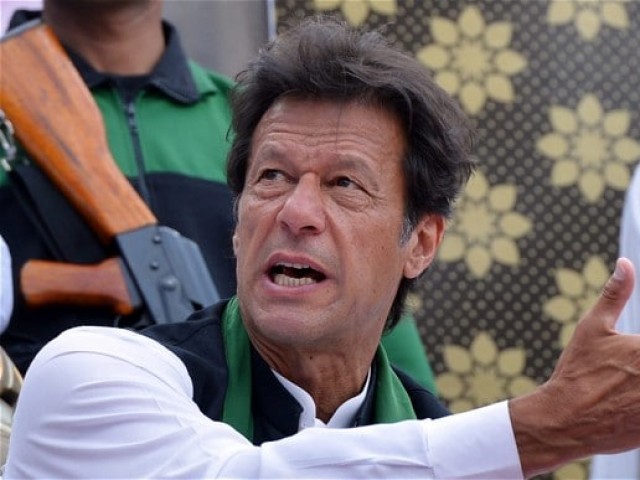 PESHAWAR: The Pakistan Tehreek-e-Insaf (PTI) and the Jamiat Ulema-i-Islam-Sami (JUI-S) on Sunday agreed on working out modalities for forming a possible political alliance before the upcoming general elections.

The leaders of the two parties discussed political developments in the country and agreed on developing a strategy for a possible political alliance for the coming general elections.

“The meeting went well. Both parties are very close to each other. Our leader (Samiul Haq) appreciated the PTI-led K-P government’s efforts to bring reforms in the education system as per the injunctions of the holy Quran and Shariah in the meeting,” JUI-S senior vice-chief Maulana Hamidul Haq told The Express Tribune.

He added that the possibility of forming a political alliance was also discussed in the meeting and both parties agreed that they would develop a joint strategy for the elections.

“[Imran] Khan wants Maulana saab (Maulana Samiul Haq) to guide them in the coming elections,” he said, adding, “We would look for seat-to-seat adjustments at party level with [PTI]. A final decision regarding a political alliance would be taken later.”

Khan said, “The country can’t make development when there are corrupt elements present in the country,” adding, “Likeminded politicians should make joint struggle to bring Pakistan out from the political and social crises.”

A statement issued by the K-P CM House quoted Khan as saying, “We are thankful to Maulana Samiul Haq and his party for supporting and assisting our party in Khyber-Pakhtunkhwa for the implementation and publication of Islam.”

“The JUI-S and our party have ideological similarities on different national issues,” the PTI chief was quoted as saying in the statement.

He added that they wanted to support religious seminaries to make them self-sustainable and give a dignified position to religious scholars in the province.

The K-P government previously gave a grant of Rs300 million for the construction and rehabilitation of Darul Uloom Haqqania in Akora, Khattak. The seminary in Nowshera district is run by Jamiat Ulema-i-Islam-Sami chief Maulana Samiul Haq.