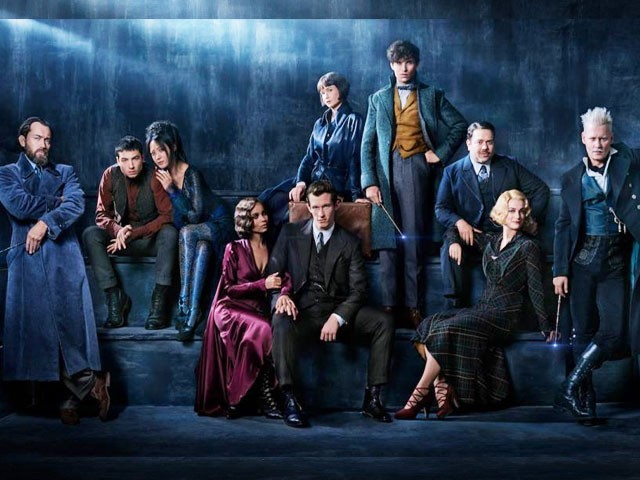 With exactly one year to go until Fantastic Beasts 2 hits theaters, today Warner Brothers unveiled the title and a first look!

The title of the Fantastic Beasts sequel has finally been revealed! The title is Fantastic Beasts: The Crimes of Grindelwald! We knew the movie would be Grindelwald-centric, but this seems to erase any trace of a doubt. Here’s the title art, which references the Hallows in at least two places. 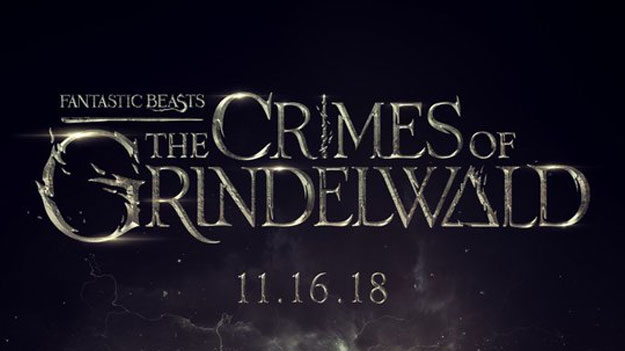 The announcement comes with a first-look image at the new and returning cast, including a sneaky look at Jude Law’s Dumbledore! Looks like he’s got a prosthetic nose on, and the reddish beard we know and love. 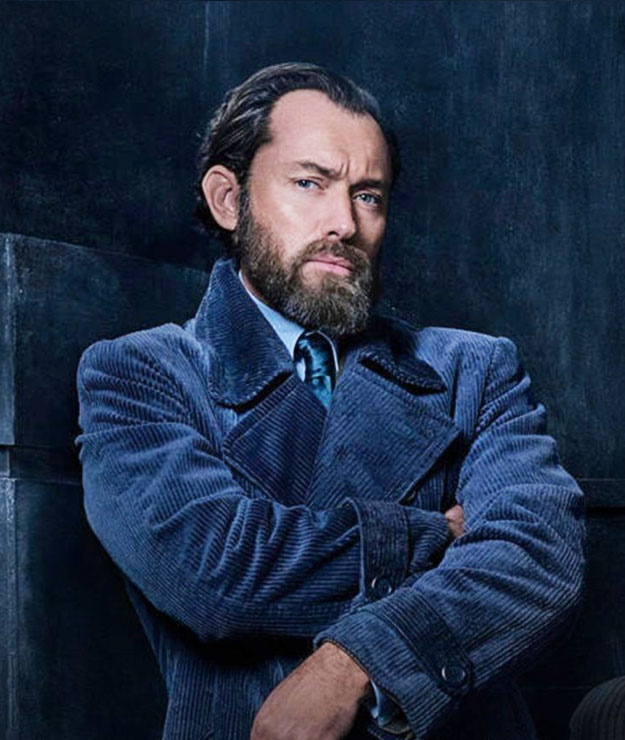 In the animated poster, he turns to look across the image at Johnny Depp’s Grindelwald, foreshadowing the tension and conflict to come. Notably, Grindy is holding the Elder Wand. 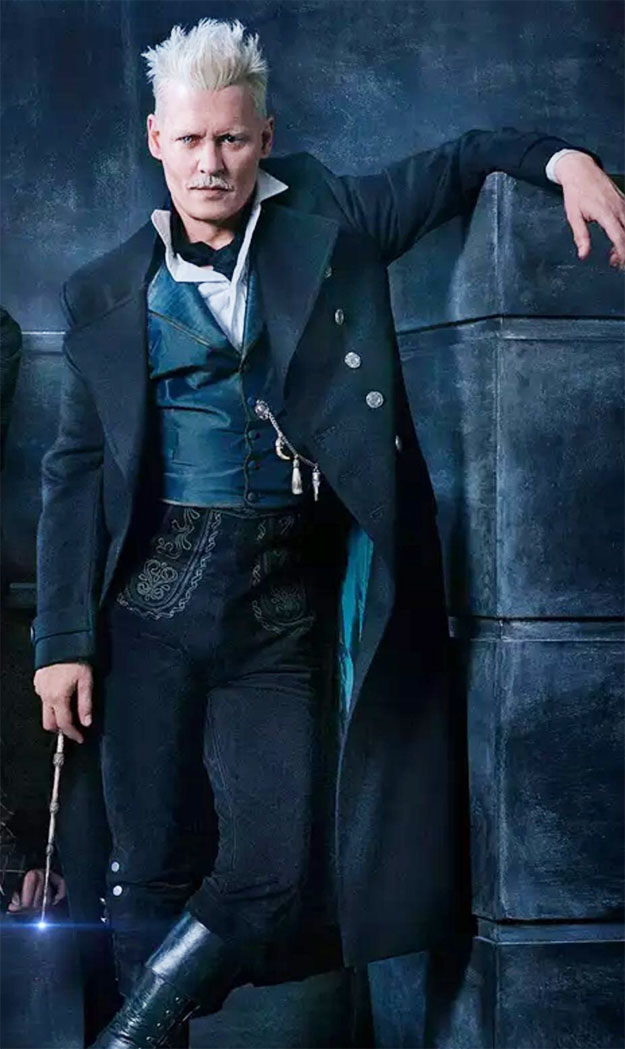 Speaking of new characters, we have Claudia Kim playing “a Maledictus, the carrier of a blood curse that destines her ultimately to transform into a beast.” When Kim was cast, it was reported that she’d be a part of the traveling circus. In this photo she’s paired up with Credence — they can bond over their respective curses. 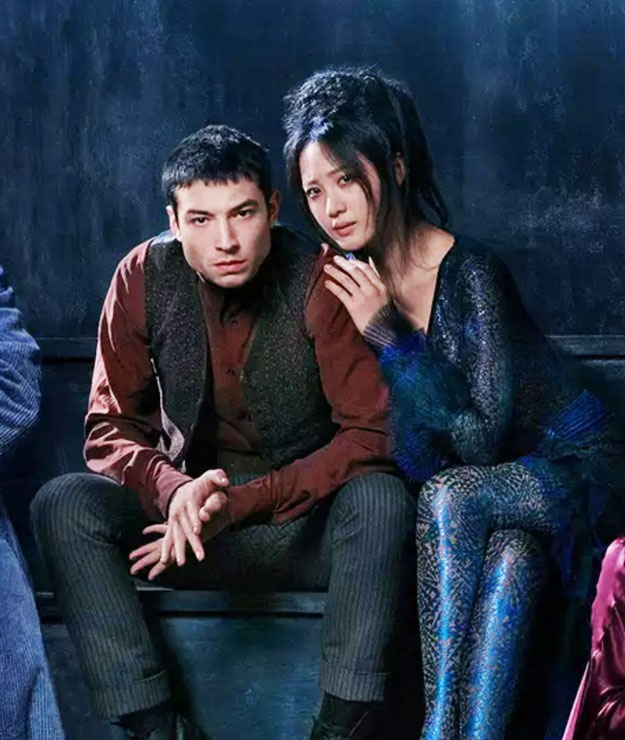 The image also gives us a first look at Newt’s brother Theseus, who according to new information from WB, is engaged to Leta Lestrange (Zoë Kravitz). Looks like everyone is nicely coupled off, but we’re sure Newt isn’t pleased by his old flame Leta and his brother being together. 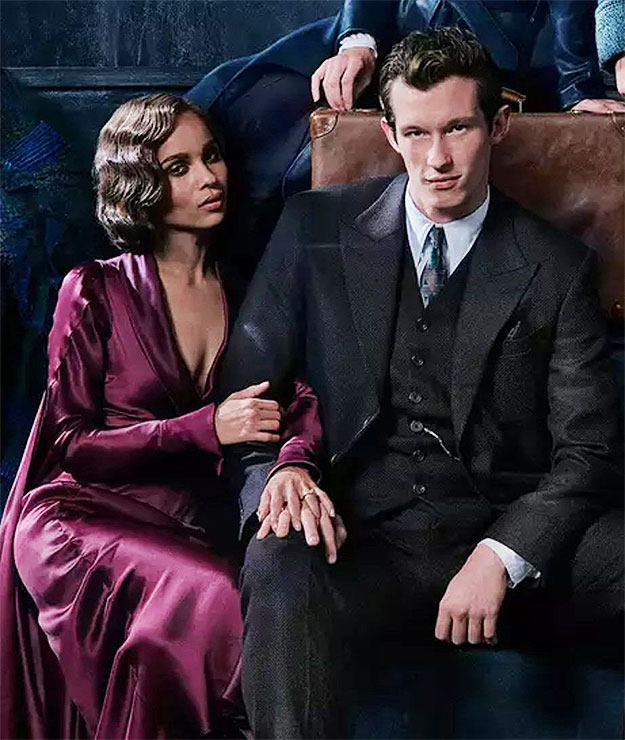 “At the end of the first film, the powerful Dark wizard Gellert Grindelwald (Depp) was captured by MACUSA (Magical Congress of the United States of America), with the help of Newt Scamander (Redmayne). But, making good on his threat, Grindelwald escaped custody and has set about gathering followers, most unsuspecting of his true agenda: to raise pure-blood wizards up to rule over all non-magical beings.

In an effort to thwart Grindelwald’s plans, Albus Dumbledore (Law) enlists his former student Newt Scamander, who agrees to help, unaware of the dangers that lie ahead. Lines are drawn as love and loyalty are tested, even among the truest friends and family, in an increasingly divided wizarding world.”

On Wednesday, the official social media accounts shared this photo of the Elder Wand, which is in Grindelwald’s possession, with Dumbledore’s wand next to it: