The brutal incide­nt was not report­ed until 20 days when the victim succum­bed to her wounds in hospit­al
By Rafiq Kundi
Published: November 14, 2017
Tweet Email 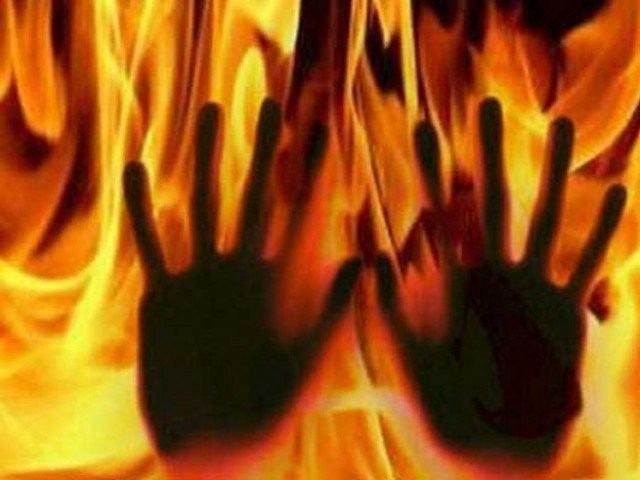 The victim's father says that the accused tried to cover up the incident by claiming that his wife had burnt herself. PHOTO: EXPRESS/FILE

TANK: A woman was burnt to death by her husband for not permitting him to marry a second wife in Tank, Khyber-Pakhtunkhwa (K-P) on Tuesday.

The brutal incident was not reported until 20 days when the victim succumbed to her wounds at the Christian Hospital today.

The police, however, claimed that they were not aware of the incident occurred in Garah Akoro Khan village.

Man bludgeons wife to death with axe in Baldia Town

Muhammad Khan, father of the deceased, said his daughter had been married by force to Faiz Mohammad, the accused, when she was 17 years of age.

Khan also said Mohammad wanted to marry a second wife. “This led to marital issues between the two which erupted when he sprinkled petrol over my daughter and set her ablaze,” he added.

The victim’s father went on to say that the accused tried to cover up the incident by claiming that his wife had burnt herself.

Police have arrested the accused after an FIR registered by the victim’s father who also urged  the government to investigate the murder and take strict against the accused.