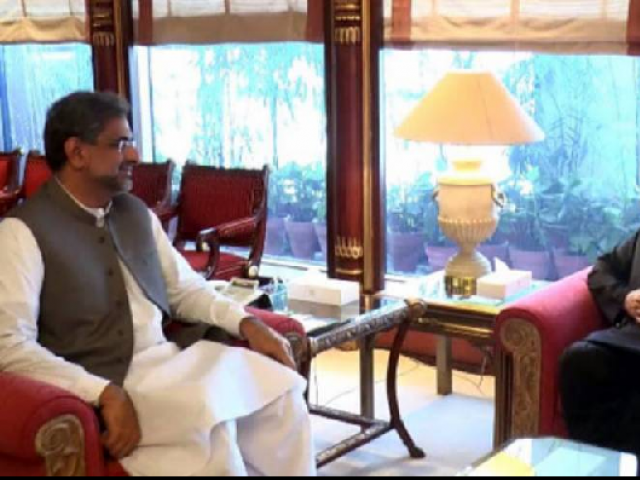 QUETTA: Prime Minister Shahid Khaqan Abbasi on Tuesday said that the federal government is ready to extend every possible cooperation to the Balochistan government for restoration of peace in the province.

Talking to the Chief Minister Balochistan Nawab Sanaullah Khan Zehri at the Governor House Quetta, the prime minister said that the sacrifices rendered by security forces for restoration of peace in Balochistan would not be allowed to go waste.

Zehri apprised the premier that law and order situation in Balochistan has considerably improved as the back of the terrorists has been broken.

Abbasi also chaired a meeting on the law and order situation of Balochistan.

Prayers were offered for the martyrs of recent terrorist incidents.

Secretary Home Balochistan also presented a detailed briefing on the law and order situation. Security measures for Shia Zaireen was also discussed in detail during the meet.

PM Abbasi stated that sacrifices rendered by all law enforcement agencies’ personnel are incomaprable for bringing peace in Balochistan.