US nudging India, Pakistan to table

US nudging India, Pakistan to table 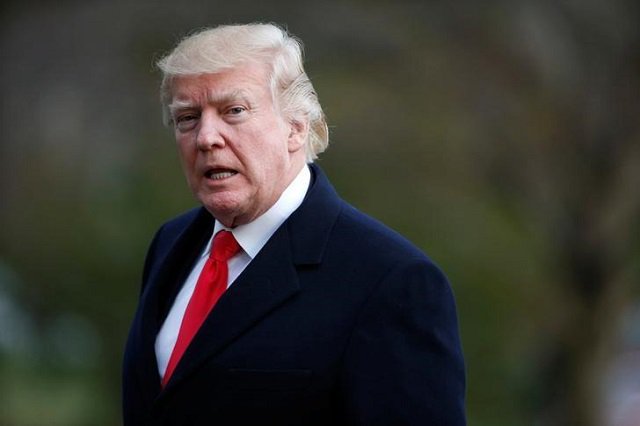 ISLAMABAD: The United States is quietly pushing Pakistan and India to re-engage as the Trump administration seeks to defuse tensions between the nuclear-tipped neighbours in order to have a more focused approach on the Afghan endgame.

Government officials and diplomatic sources said US Secretary of State Rex Tillerson took up the issue with the leadership of both Pakistan and India during his recent visit to the two countries.

Behind the scenes, efforts appear to have started paying dividends since Tillerson’s visit, as there has been a noticeable reduction in violence along the Line of Control (LoC) in the disputed Kashmir region.

The de facto border has been the scene of bloody clashes between the armies of Pakistan and India for the last couple of years. The current year has been the worst in terms of ceasefire violations as well as civilian casualties.

Officials with the knowledge of the backdoor manoeuvres confirmed to The Express Tribune that the Trump administration wanted to see a lowering of tensions between the two neighbours.

A senior official, who requested not to be identified because he was not authorized to speak to the media, said Tillerson had informed Pakistan that the Trump administration was willing to encourage a rapprochement between Islamabad and New Delhi.

The surprise decision by Pakistan to allow a meeting between convicted Indian spy Kulbhushan Jadhav and his wife was also being linked to the quiet efforts by the US.

Pakistan, however, publically insisted that the offer was made purely on the humanitarian grounds. The Indian Navy officer was sentenced to death after a Field Court Martial on charges of espionage and involvement in terrorist activities.

Officials are reluctant to link Pakistan’s decision on Jadhav as well as the brief lull in LoC clashes to the US intervention.

They said it was too early to draw any such conclusions as the Trump Administration was still struggling to come up with a workable roadmap for Afghanistan and South Asia.

The official, nevertheless, made it clear that continued tensions between Pakistan and India would certainly undermine US efforts to bring some semblance of peace in Afghanistan.

Historically, Islamabad has not been averse to third-party intervention, but India has publically opposed such approaches.

Far from its public position, however, India has privately accepted a US mediation role in the past. The 2003 ceasefire agreement was brokered by the US as the Bush administration wanted Pakistan to deploy troops along the Afghan border to deal with fleeing militants.

Islamabad agreed to the move only after the Bush government assured it that India would not try to take advantage of Pakistan’s preoccupation with the anti-terror fight. The ceasefire deal lasted over a decade with few notable incidents of violations.

But violence returned to the LoC after Narendra Modi became prime minister. One official said that given the Modi government’s hostile policies, Pakistan was left with no other option but to seek US intervention.

The official said the Pakistani side had urged the US to use its influence over India for the resumption of dialogue.

It is, however, not clear if the two sides would resume the full spectrum of talks, considering the timing.

Since Pakistan is also just a few months away from parliamentary elections, it is highly unlikely that structured dialogue would be restored. However, political leaders and officials may interact with each other as a result of US efforts in order to arrest any further slide in ties between Pakistan and India.

Will Musharraf make an impact on Pakistan’s politics?