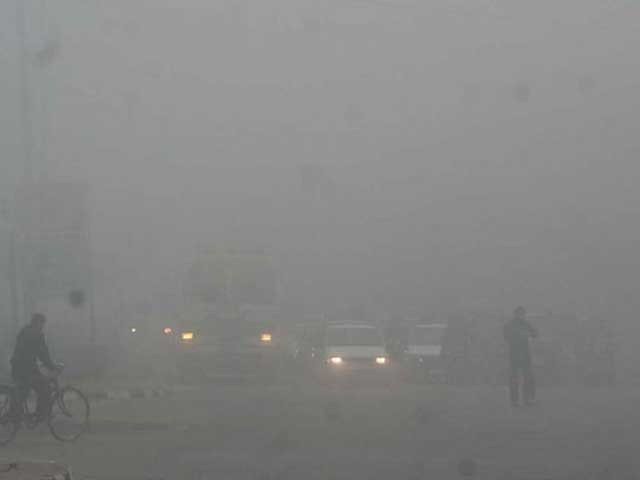 As the dense smog engulfing large swathes of areas in northern Punjab, two more died and many others sustained wounds on Sunday in two separate road accidents due to poor visibility, Express News reported.

An oil tanker hit a motorcycle on Jhang road in Chiniot, leaving a woman dead and two others injured. A woman was dead on the spot as a car crashed into a motorbike on Jalalpur road in Lodhran.

People have been advised to reduce speed of their vehicles and use fog lights to avert any untoward situation.

Considering the gravity of the situation at hand, the Pakistan Space and Upper Atmosphere Research Commission (SUPARCO) has initiated a top-priority inquiry into documenting and identifying the major causes of smog over Punjab and other parts of the country.

According to unofficial data, it is estimated that the levels of dangerous particles present in the air has increased dramatically, with the prescribed metric for air quality reading 30 times above the ‘standard safe limit’ over the past few days.