Three economic zones set to take off under CPEC

Three economic zones set to take off under CPEC 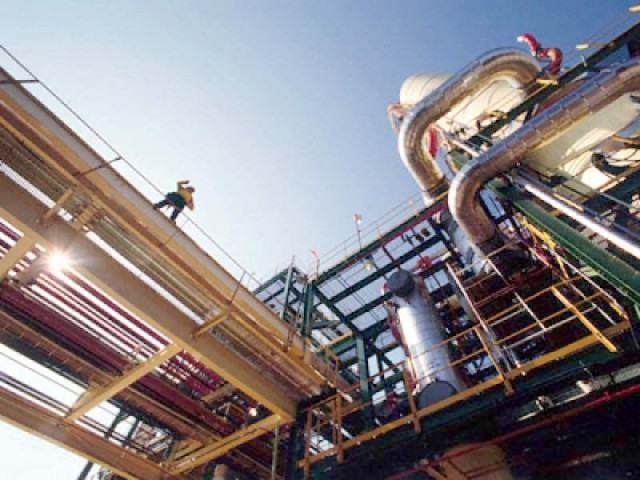 Development of the SEZs is the most critical part of the Long Term Plan of CPEC that promises industrialisation of Pakistan, creation of new jobs and sustainable bilateral cooperation. PHOTO: FILE

ISLAMABAD: Three prioritised Special Economic Zones of the China-Pakistan Economic Corridor (CPEC) are set to take off, as Beijing has agreed to cooperate in the development of Faisalabad, Hattar and Dhabeji industrial areas.

China conveyed its willingness to promote these zones during the second meeting of the Joint Working Group (JWG) on Industrial Cooperation, announced the Board of Investment on Friday. The meeting was co-chaired by Li Xuedong, Deputy Director General of Department of International Cooperation, NDRC and Azher Ali Choudhry, the BOI secretary.

The joint working group met ahead of the planned 7th meeting of the Joint Cooperation Committee – the highest decision making body of the CPEC. The working group discussed in details the deliverables that will now be presented to the JCC for its formal approval.

Chinese side, on the basis of their own assessment, agreed to initially cooperate in the development and promotion of three prioritized SEZs;  M3 Industrial City in Faisalabad, Punjab, Chinese SEZ Dhabeji, Sindh and Hattar SEZ in KP province, said the BOI.

Both sides agreed to promote SEZs by using the available mechanism of parent and sister cities cooperation arrangements, it added.

The three SEZs were among nine zones that had been approved in principle by the 6th JCC held in December last year in Beijing. However, the progress on other six sites was not satisfactory and in some cases the provincial governments have not yet submitted the feasibility studies, according to BOI officials.

Development of the SEZs is the most critical part of the Long Term Plan (LTP) of CPEC that promises industrialisation of Pakistan, creation of new jobs and sustainable bilateral cooperation.

The BOI said that the Chinese side showed satisfaction over the SEZ Law and favorable incentives for investors. A number of Chinese investors have shown great interest in investing in M3 Industrial City in Faisalabad, Chinese SEZ Dhabeji, Sindh and Hattar SEZ in KP province, said the BOI.

It was suggested that based on the willingness of the companies, Pakistan side should develop mechanisms to encourage investment in the three SEZs. Chinese side will cooperate, facilitate and encourage Chinese companies for establishing iconic projects to strengthen the Pak-China bilateral relations.

The issue of the ownership structure and the financing models of these SEZs will be discussed during Senior Officials meeting that will be held a day before the JCC meeting.

The land issue has been a key challenge in the further development of existing foreign-funded enterprises in Pakistan, according to a study of China Development Bank that has been carried out to develop the long term plan of the CPEC.

The China Development Bank suggested that Pakistan should adopt the government-led mode of development. This means that the government makes an investment in building the industrial parks and attempts to integrate all governmental functions, i.e. planning, land, taxation and public utilities in some industry cluster areas, and establishes unified but relatively independent government regulatory agencies.

The Chinese study further proposed that the guiding mode of major enterprises is recommended for the development of relevant industries in the Kashgar Economic Development Zone. To be specific, the industrial land is independently provided to enterprises with powerful comprehensive strength. On the premise that such enterprises settle down in the industrial parks and hold a leading position, the government can introduce other similar enterprises to form clusters and realize the creation and improvement in the whole industry chain by means of land transfer and rent/sale of projects.

Is there a balance of payments crisis in the making?