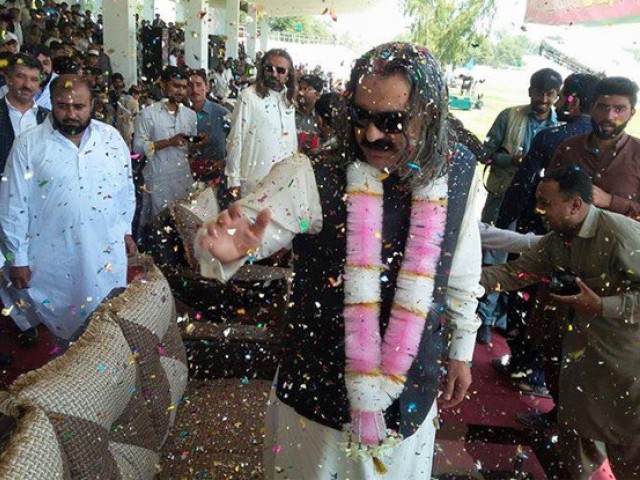 In a letter addressed to PTI chairman Imran Khan dated November 8, 2017, Dawar has demanded justice for the orphan girl to avoid ‘the wrath of Allah.’ His letter further added that Gandapur’s alleged involvement in the case ‘lowers our head in shame’.

He said he personally investigated the matter and found the PTI K-P minister responsible for harbouring the accused, and this has brought shame to the party.

The PTI MNA has demanded a firm and resolute action against the accused PTI minister who is responsible for bringing a bad name to the political party and for being involved in the act.

“I visited the family a week before and they asked, infact requested, me to make sure that Ali Amin Gandapur, Revenue minister K-P, may be forced and asked to withdraw his support from the criminals,” Dawar’s letter reads.

Chairman Imran Khan has yet to react to this letter. 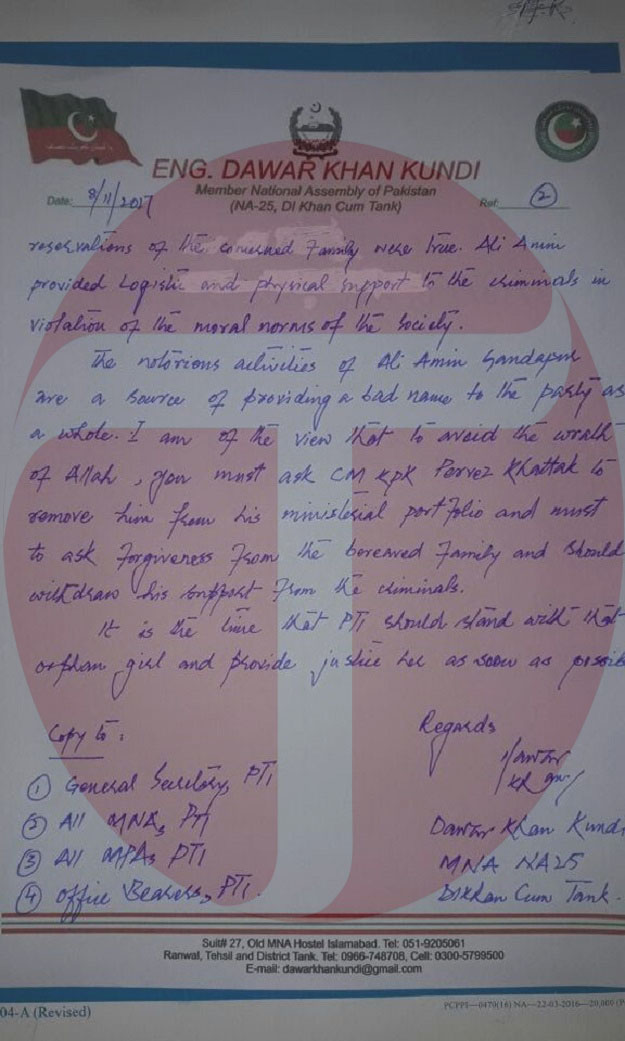 “The notorious activities of Ali Amin Gandapur are a source of providing a bad name to the party as a whole,” Dawar writes. “You must ask CM K-P Parvez Khattak to remove Gandapur from his ministerial portfolio and ask forgiveness from the bereaved family.”

According to the police, the girl’s brother had a premarital affair with a woman. After learning about it, the village’s council ruled that the woman’s family could retaliate by disrespecting his sister.

On the morning of October 27, when the girl was fetching water, a group of men accosted her, stripped her and dragged her along the ground before making her walk around naked for an hour, The Guardian quoted police as saying.

The police took notice of the issue after media reports triggered outrage on social media.