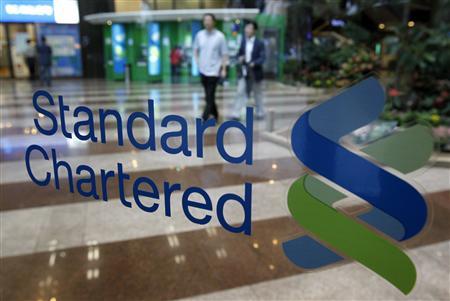 ISLAMABAD: The Senate Standing Committee on Finance and Revenue on Thursday issued a stern warning to three European banks for using civil court powers to summon them in an ongoing investigation into a two-year-old global sovereign bond issue after the banks declined to cooperate in the probe.

The committee issued the warning to Citibank, Deutsche Bank and Standard Chartered Bank. The PML-N government had hired those financial institutions as advisers in 2015 to raise $500 million through the dollar-denominated Eurobonds.

“In response to our request to appear before the committee, all three commercial banks have shown their inability to come,” said Chairman Senator Saleem Mandviwalla.

He said a representative of the Citibank informed the committee that he was travelling and could not come while the officials of the other two banks said they were not able to cooperate.

“The committee is giving a final warning to the representatives of the banks; otherwise, their warrants will be issued under the civil court powers available to parliament,” said Mandviwalla.

The committee has been trying to determine whether the money invested by foreigners in the dollar-denominated bonds had actually flown from Pakistan.

Under the terms, Pakistani individuals cannot invest in dollar-denominated Eurobonds.

The committee’s stern warning may complicate matters for the finance ministry that is in the process of engaging the three banks again along with other three financial institutions to issue Euro and Sukuk bonds for raising about $2 billion from global capital markets.

The finance ministry is expected to give mandate to two different consortiums for issuance of those bonds in the third week of the month.

The bond issue has been delayed by at least three weeks now due to the absence of Finance Minister Ishaq Dar from the country. The ministry wanted to conclude the deal by November 15 to release pressure off balance of payments.

The finance ministry will be desperate to complete the transaction before European and western capital markets close for the Christmas holidays.

The three European banks are also providing foreign commercial loans to the finance ministry to meet its growing balance of payments requirement.

Senator Mohsin Leghari said probably the foreign banks were not aware that the parliamentary bodies enjoy civil court powers to summon anybody.

However, an industry expert said any adverse action against the foreign financial institutions may not be taken lightly by them and they may pull off from Pakistan.

In September 2015, the government had issued Eurobonds valuing $500 million with 10-year maturity in the international market at an interest rate of 8.25%. It offered 6.12% above the US Treasury rate for the bond. Its decision to go ahead with the issue despite unfavourable circumstances fuelled speculation that some dignitaries had capitalised on the opportunity.

Roughly 14% of the $500 million was invested by Pakistani banks, according to a former finance secretary.

“The banks’ reluctance to appear before the committee is deepening our apprehensions,” said Senator Mohsin Aziz of the PTI.

Additional Secretary External Finance Noor Ahmad pleaded the committee to show some leniency, saying any negative publicity may create problems for the government.

He said it was decided after a meeting between the finance minister and finance secretary that the ministry would cooperate with the standing committee.

Mandviwalla said according to his information the finance ministry has stopped the foreign banks from appearing before the committee.

“The finance ministry actually encouraged the representatives of banks to appear before the panel,” said Ahmad.