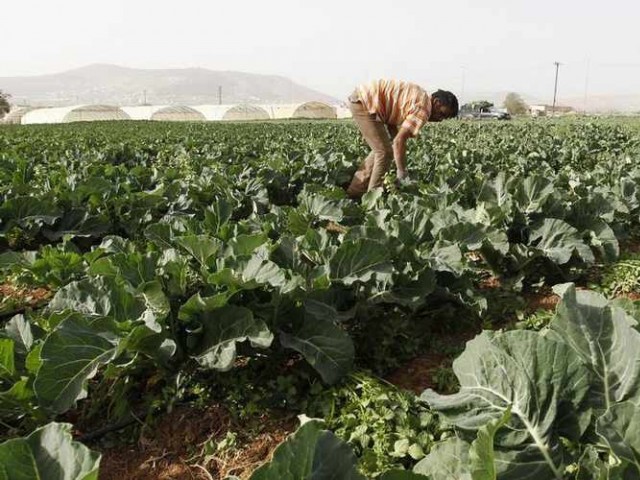 A farmer works in a plantation. PHOTO: REUTERS

MULTAN: The Punjab Food Authority (PFA) has banned growing vegetables and other edibles with contaminated water in red zone. Farmers will be sensitised through workshops about the dangers posed by cultivating veggies with contaminated water. In a statement issued by PFA, Director General Noorul Amin Mengal warned of legal action against violators, besides uprooting the crop. He said that vegetables grown on over 2,480 canal land, including 460 canal in suburbs of Multan, were destroyed by ploughing. He said that farmers were being apprised of threats posed by vegetables and other edibles cultivated with industrial waste and contaminated water. Mengal maintained that areas had been divided into zones after mapping across the province. He said that farmers were being given awareness about substitute non-edible crops, including flowers, bamboo, indoor plants etc.