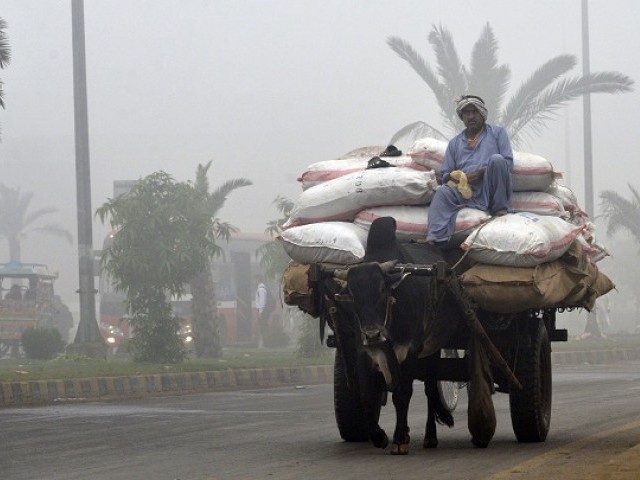 LAHORE: As skies clear after roughly two weeks of the smoke infested fog, the Punjab Environment Protection Department claims the smog has finally dissipated over most of the province.

However, several districts of the province were reportedly still enveloped by smog. At the same time, independent sources have refused to verify the claims made by the EPD.

Director Monitoring Lab and Implementation (ML&I) Tauqeer Ahmad Qureshi said that the smog has dissipated for this year. The Punjab government took aggressive measures to bring down the level of pollution in the entire province.

Air pollution in Punjab is 20 times the safe limit

Sharing details of the measures, he said that 175 pollution causing units have been sealed and 22 FIRs registered. A ban was also imposed on burning of rice stubble. About 151 FIRs were registered against violators and 43 people were arrested. Similarly, around 15,718 vehicles causing pollution challaned and 1,170 vehicles impounded. For controlling fugitive dust, 13 sites were issued notices and eight were closed for none compliance.

He said currently six units were installed in Lahore. The above-mentioned measures improved the air quality in the city, he added. “This clearing of smog from Punjab was a natural phenomenon. We will continue taking these aggressive measures to prevent smog next year.” Qureshi said that November 5 was the worst day of the last smog spell.

Tauqeer Ahmad Qureshi further claimed that several measures had been being taken to reduce pollution in the province. He said that they were introducing a new style of brick kilns which emitted less smoke and were more efficient.

It is also important to mention here that similar to leading car manufacturer of Pakistan, EPD also believes that oil refineries were supplying substandard fuel in the market. They said that both diesel and petrol of low quality and greatly contributed to the smog.