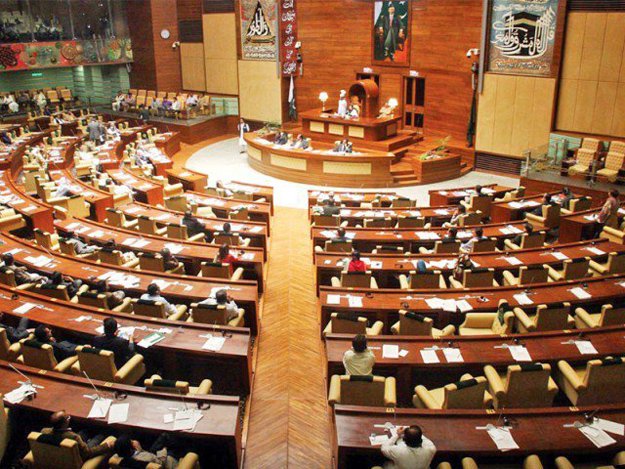 The resolution was moved by Muttahida Qaumi Movement (MQM) parliamentary leader Syed Sardar Ahmed. “Due to lack of funds, thousands of poor people who are beneficiaries of monthly zakat funds are running from pillar to post to get the money but are unable to do so,” he said, adding that most government hospitals and other health facilities in the province also depend on zakat funds and are suffering due to financial constraints. “Not only hospitals, but education institutions and vocational training centres are equal victims as underprivileged students’ future is at stake,” said Ahmed.

Parliamentary Minister Nisar Ahmed Khuhro said the funds have been stopped since Ramazan. “Former prime minister Nawaz Sharif was busy with his [court] cases and could not sign the summary to release the funds. The incumbent prime minister must expedite the process,” he urged.

MQM’s Rauf Siddiqui drew the House’s attention towards the fact that a major chunk of the zakat funds were being contributed from Karachi. “This is our money; they collect it but don’t give us a due share on time,” he criticised.

The assembly also passed a resolution requesting the federal government to approach the United Nations (UN) to intervene by sending its forces to stop brutalities against Rohingya Muslims in Myanmar.

The House asked the Sindh government to consider donating some funds, in cash or in kind, as a token of relief to the Burmese refugees in Bangladesh who are in great distress.  The joint resolution was moved by Ahmed, Khuhro, Nand Kumar of the Pakistan Muslim League – Functional (PML-F) and Samar Ali Khan of Pakistan Tehreek-e-Insaf (PTI). In the first draft moved by Ahmed, the resolution demanded that Rohingya refugees in Sindh be granted citizenship, but this clause was excluded from the final draft due to Pakistan Peoples Party (PPP) opposition.

In their speeches, the lawmakers spoke about the ethnic cleansing, rapes and arson attacks on villages in Myanmar by Buddhist monks and expressed dismay over the silence of the Myanmar government and Aung San Suu Kyi, the leader of Myanmar and a Noble Prize Laureate. “Unfortunately, Suu Kyi has remained a silent spectator without stopping this reign of terror,” the resolution read, adding that the ethnic violence took a turn for the worse in the last week of August, when thousands of Rohingya Muslims were massacred.

“In the wake of these atrocities, more than 600,000 Muslims were forced to abandon their homes and left with no choice but to flee and seek refuge in Bangladesh. The government of Pakistan is requested to thank the Bangladeshi government for allowing Rohingyas to cross the international border and take refuge in their country.”

In the resolutions, the lawmakers also requested the federal government to demand the implementation of the Rakhine Advisery Commission Report led by former UN secretary-general Kofi Anan that inter alia said, “If Rohingya Muslims are left to fester, the future of the Rakhine State – and indeed of Myanmar as a whole – will be irretrievably jeopardised.”

In yet another resolution, the assembly condemned the hike in petroleum prices. The resolution was moved by PPP MPA Khairunnisa Mughal. In her speech she said, “In the international market fuel prices are coming down, but the federal government has increased the prices”. She added that the PML-Nawaz government always creates problems for masses because it only represents one province and a specific group of people.

The session was later adjourned till today (Thursday).

‘Karachi’s population has been intentionally misrepresented’