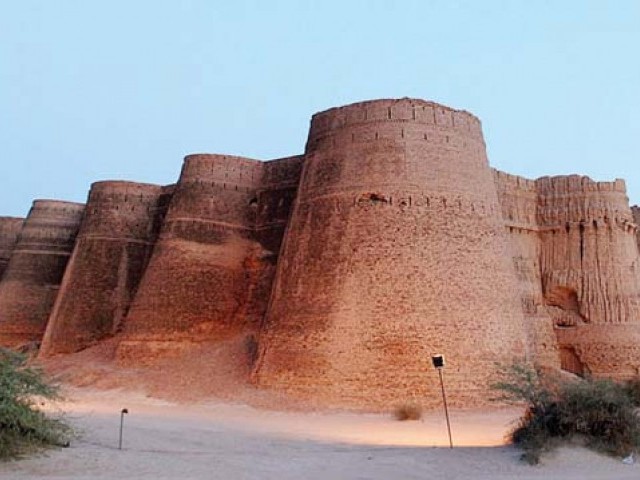 LAHORE: Pakistan’s deserts are some of the most scenic in the world and the landscape of Cholistan is no exception.

In order to promote “desert tourism” in the province, the Tourism Development Corporation of Punjab (TDCP) has initiated the process to develop an international standard tourist resort in Cholistan.

Speaking to The Express Tribune, TDCP Managing Director Ahmer Mallick revealed that the corporation submitted a proposal (PC-II) to the Punjab Planning and Development Department (P&D) for a feasibility study of the project. It will be conducted by an international consulting firm of some repute.

He highlighted that initially, that it was decided that the corporation would acquire international consulting services for both feasibility and design of the resort. However, it was later determined that the Punjab chief architect would provide the design for the resort to expedite the project. “Now, the consulting firm will only check feasibility of the project and propose facilities, desert sports and other infrastructure,” he pointed out.

The need of an international standard tourist resort is becoming a matter of concern thanks to the success of the Cholistan Desert Jeep Rally. The race has become an international event, attracting tourists and motorsport lovers from different areas of Pakistan and abroad. “This year, the rally is scheduled from November 18-19,” Mallick maintained.

He said the Nawabs of Cholistan had donated around five acres of land to the corporation on which this resort would be constructed. “The Punjab government has also earmarked Rs30 million in the Annual Development Program (ADP) of the current fiscal year for the construction of this resort at Derawar Fort. The total cost of the resort is estimated at Rs70 million. The government has also allocated Rs10 million for the feasibility study of the project in the ADP 2017-18.”

The TDCP MD said the corporation wanted to complete this resort before the 2019 jeep rally. It will complete the feasibility study in four months after the hiring of a consultant and initiate construction during the next year. The tourist resort will have all modern-day amenities, including lodging, eating, transport and sporting facilities. The cooperation hopes for the economic uplift of South Punjab besides initiating the avenue of desert tourism, he added.

Giving rationale to the project, official documents highlight Cholistanis rely mainly on their livestock of sheep, goats and camel. However, in the cold nights of winter, they huddle indoors and engage themselves in various arts and crafts such as textiles, weaving, leatherwork and pottery.

The backbone of Cholistan’s economy is cattle breeding. It plays a major role in satisfying the area’s cottage, milk, meat and fat production. The estimated number of livestock in the desert area is 1.6 million.

It is a remote and deprived area of Punjab, lacking several facilities. A vast area of desert is yet to be explored.  The main focus of the feasibility study is to explore the tourism potential for desert jeep safaris, camel rides, folk nights, local arts and craft exhibitions as well as package tours etc.

The prime objective of the project is to promote the area and to motivate tourists to visit Cholistan. A steady flow of tourists to Cholistan will provide maximum job and business opportunities to the locals. It will also introduce modern life to local residents and help accelerate economic growth.

‘The Mix’: Two-day technology fest kicks off on Nov 11