Mufti Qavi confes­sed that the suspec­ts were driven to Multan by his friend­
By Owais Qarni
Published: November 2, 2017
Tweet Email 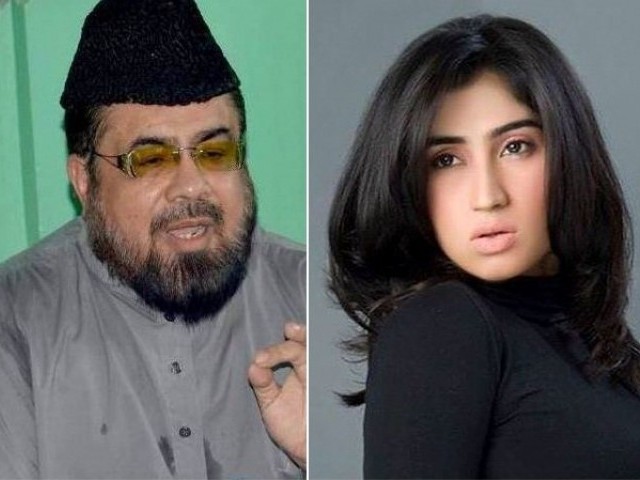 MULTAN: After Mufti Abdul Qavi admitted in judicial custody to having links with the landlord of the house where model Qandeel Baloch lived and the owner as well as driver of the car used in her murder, police said on Thursday that other people mentioned by him would be included in the investigation.

The Multan Cantt SP said the mobile phone of the cleric accused in the murder case had been sold by his children and could not be recovered. He said police had sought Qavi’s 14-day judicial remand from the court for further investigation. He said there was no need to extend his physical remand but other people mentioned by Qavi would be included in the investigation.

According to police, Qavi told them during interrogation while he was in physical custody for 13 days that the car used in the murder was his cousin’s. He also confessed that Muhammad Nawaz, the owner of the house rented by Baloch, was his close friend and relative, while the driver of the car, Abdul Basit, was his cousin and disciple. Basit drove the prime suspects, Waseem and Haq Nawaz, to Multan from Dera Ghazi Khan and back after the murder.

Police said Nawaz, the owner of the house in Muzaffarabad area of Multan, had also forced the parents of Baloch for reconciliation after receiving money for the purpose.