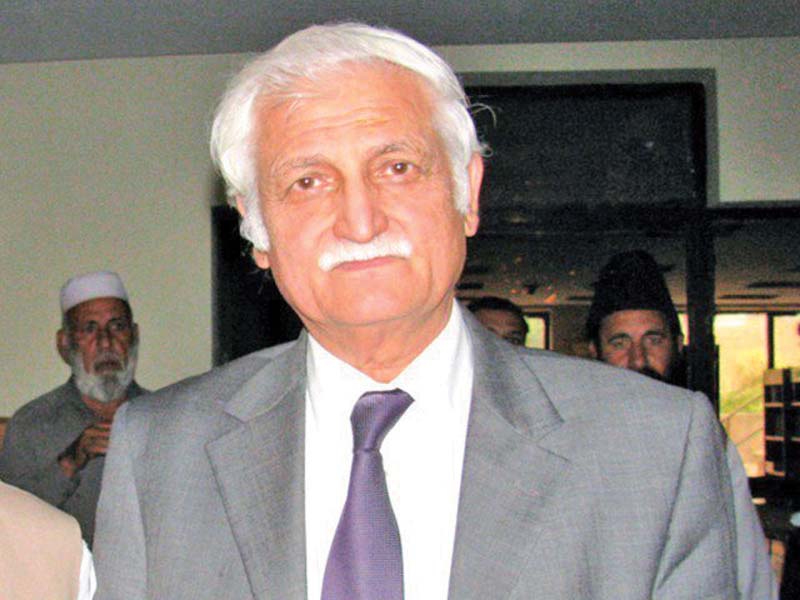 ISLAMABAD: The enactment of the laws for an across-the-board accountability appeared to remain a distant dream, as the Pakistan Peoples Party (PPP) on Wednesday withdrew its much-talked-about proposal of bringing judges and generals under the ambit of the proposed accountability commission.

Floated by PPP Senator Farhatullah Babar, the proposal caused a sudden strong disagreement among political parties, even some of them – Pakistan Tehreek-e-Insaf (PTI), Jamaat-e-Islami (JI) and Muttahida Qaumi Movement (MQM) – threatened to reject the draft of the National Accountability Commission Bill, 2017.

At the 16th in-camera meeting of the Parliamentary Committee on National Accountability Law, the PPP announced it will withdraw the proposal in the absence of its mover. Senator Babar has not been attending the proceedings of the committee since its last two meetings for reasons ‘unknown’.

“A consensus has been reached among political parties to not extend [the] proposed accountability law to judges and generals,” Law Minister Zahid Hamid announced after the meeting, while speaking to reporters outside the Parliament House.

However, Senator Babar told The Express Tribune his proposal was in accordance with the idea of an across-the-board accountability articulated by his party’s chairman on several occasions. “I am not aware of the development (withdrawal of proposal by PPP) as I did not attend the committee’s meeting. But, I have been informed so,” Babar added.

The law minister expressed his surprise over sudden U-turn by the PTI over the issue. He said after the bill was passed the pending inquiries and cases at the NAB accountability courts would be shifted to accountability commission.

Earlier on Wednesday, the PTI and the JI, separately, submitted their amendments to the proposed Bill. Sahibzada Tariqullah, the JI representative, also announced he would boycott the future proceedings of the committee.

In its 13 fresh amendments, the PTI sought to define the term ‘holder of public office’. It said the term includes everyone – from chairman of a municipal corporation to the president of Pakistan – except ‘a person who is a member of any of the armed forces of Pakistan’.

The party also sought amendment to the procedure of appointment of NAB chairman, suggesting the accountability boss should be appointed by the president in consultation with the chief justice and two senior most judges of the Supreme Court.

“A person shall not be appointed as chairman NAB unless he is a serving or retired judge of the Supreme Court of Pakistan,” says another PTI amendment. The current laws provide for a retired bureaucrat or an armed forces officer to be picked for the job.

A similar amendment has been suggested by the PTI for the appointment of deputy chairman NAB, who shall also be ‘a serving or retired judge of a high court’.

Both the JI and the PTI rejected the idea of establishing a national accountability commission and instead called for reforming the prevailing National Accountability Ordinance 1999. The PTI also proposed the ‘bureau’ in lieu of ‘commission’ wherever it’s appeared in the proposed bill.

“The chairman or deputy chairman NAB may be removed from office on the grounds and in the manner provided for in Article 209 of the Constitution by the Supreme Judicial Council of Pakistan,” reads another amendment.

About ‘voluntary return’ of embezzled public money, the PTI proposed that “a holder of public office or any other person, prior to authorisation of investigation against him, voluntarily comes forward and offers to return to the NAB the illegal gain received, acquired or made by him in its entirety, plus capital gain and profit at the bank rate …. the NAB taking into consideration the facts, accept such offer and apply to the concerned court to convict such person and award him a reduced sentence”. The party also suggested that a convicted person should be disqualified ‘for life’.

The JI supported the idea of removing flaws and improving the NAO 1999, rather than forming a new accountability commission. “Due to non-consideration of our proposals, I will not attend future meetings of the parliamentary committee,” Tariqullah informed The Express Tribune.