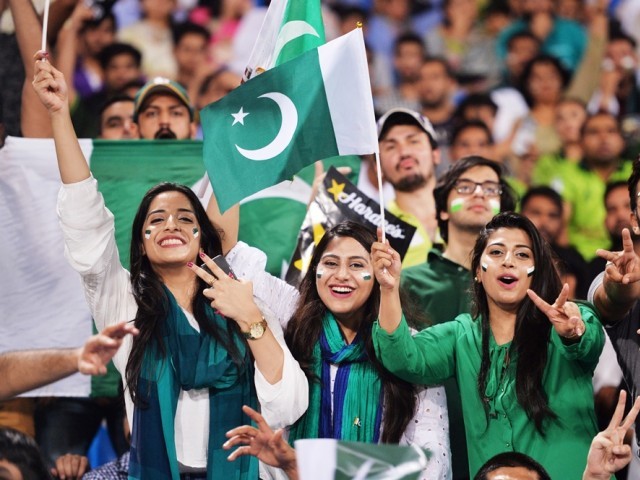 BRAVE NATION: Sri Lanka will visit Pakistan for the first time after their team bus was attacked in 2009 near Gaddafi Stadium, Lahore. PHOTO: AFP

Some believed World XI’s visit to Pakistan completed the return of international cricket to the country, but Sri Lanka’s visit to a place where their bus was attacked in 2009, after nearly eight years, is what completes the full circle of events.

Gaddafi Stadium must have witnessed a lot of historic matches, but Sri Lanka’s participation in the third and final T20I against Pakistan should be considered a moment of greatest historic proportions.

Sri Lankan survivors of 2009 attack all set to revisit Pakistan

It will be like welcoming the sons who went to a war, fought it bravely, and are coming back to ascertain that cricket is bigger than terrorism.

‘Thank you for coming’

Pakistan all-rounder Imad Wasim took to Twitter on Saturday to thanks Sri Lanka for coming to Lahore to play the final T20I.

“Thank you Sri Lanka for coming to Pakistan,” he wrote. “Can’t wait to play in front of our own crowd.”

Meanwhile, all-rounder Mohammad Hafeez urged the Pakistani fans to fill the Gaddafi Stadium and give a warm welcome to the Sri Lankans.

“Super excited and ready for Pakistan versus Sri Lanka T20 match in Lahore on Sunday,” wrote Hafeez. “Come in large numbers to celebrate a big step towards revival of cricket in Pakistan. May Almighty Allah bless us all with success. Pakistan Zindabad.”

He continued in his second tweet: “Heartiest welcome to Sri Lanka to Pakistan, lovely people and friends forever. Pakistan is ready to host you all with hospitality, as always.”

“Good that we’ve won the series now, but we are looking forward to the game in Lahore,” he said. “Hopefully the ground is full and the people support Sri Lanka as well.”

Not disappointed with team: SL coach

Sri Lanka head coach Nic Pothas believes his team did relatively well against Pakistan in the first two T20I matches of the three-match series and he feels proud of the players.

When asked to comment on the seventh successive defeat — five ODIs and two T20Is — he said: “I wouldn’t say it is seven defeats. I would say five defeats and two good games. In the five ODIs, we didn’t compete. When I look at that, I’m most proud to see the way Pakistan celebrated after winning against that bunch of guys; it makes me very proud. I don’t see it is as seven, it is definitely five and two split.”

He added that he was disappointed the players couldn’t capitalise on the Test series victory.

“Yeah, you can say this is the best match we have played,” he said. “It is funny because we arrived here and played two good Test matches. I’m very happy with those but probably we let ourselves down in the five ODIs. Then this game was super and a bitter pill to swallow.”