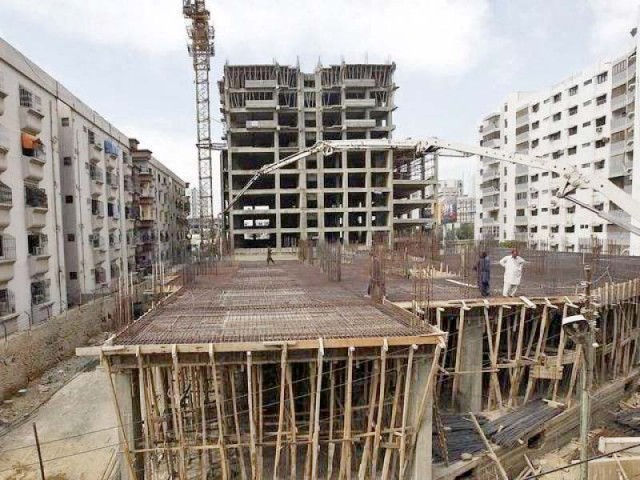 At the standard 30% income tax, the FBR lost Rs87 billion in revenues on the amount that the people legalised by opting for the amnesty scheme, excluding the penalty that is 100% of the payable tax. PHOTO: FILE

ISLAMABAD: People have legalised over Rs290 billion worth of black money in just three months by accepting the realty sector’s tax amnesty scheme in return for paying a paltry Rs877 million in taxes, which raises questions over the government’s strategy to deal with tax evasion.

More than half of these transactions were carried out in Karachi. About one-fourth of property transactions took place in Lahore and roughly one-third each in Islamabad and Hyderabad.

The Federal Board of Revenue (FBR) received Rs877.3 million in taxes under Section 236-W of the Income Tax Ordinance from July through September, according to official statistics. The section had been inserted in the law in December last year to give legal cover to the tax amnesty scheme for the realty sector.

Under the law, the sellers and buyers of real estate can get their immovable assets legalised by paying a nominal 3% penalty as advance income tax, according to the Income Tax Ordinance that the PML-N government got passed from parliament in December last year.

After paying 3% of the transaction value, these people are allowed to incorporate hidden wealth into the books of accounts.

On the basis of tax payments of Rs877 million, independent tax experts have estimated that the sellers have legalised roughly Rs292 billion worth of black money. These transactions were carried out by the sellers and if the value of buyers’ transactions is included, the amount will rise 100%.

At the standard 30% income tax, the FBR lost Rs87 billion in revenues on the amount that the people legalised by opting for the amnesty scheme, excluding the penalty that is 100% of the payable tax.

The largest amount of Rs150 billion was legalised in Karachi where people paid Rs452 million in taxes under Section 236-W from July through September of the current fiscal year.

Lahore was the second major city where people declared roughly Rs75 billion worth of property by depositing a meagre Rs227 million in the kitty.

Islamabad was the third city where people declared Rs31 billion worth of real estate, bearing a cost of Rs94.4 million followed by Hyderabad where roughly Rs26 billion was legalised by paying Rs79 million in taxes.

The country’s tax system still promotes money laundering despite the fact the government has declared tax evasion as a crime under the Anti-money Laundering Act of 2010. The tax law still provides avenues for legalising the black money without forcing people to disclose the source of income.

Owing to lacunas in tax laws and different property tax rates, the real estate players are declaring two types of property prices – one for paying provincial taxes and the other for federal taxes. Both these prices are far lower than the prevailing market rates.

Such a difference between actual market rates and deputy collector rates has led to the parking of over Rs7 trillion in the real estate market over the years. In June last year, the government attempted to bridge the gap, but ended up offering a tax amnesty scheme under political compulsions.

Had the government increased the valuation rates, the Rs877 million tax collection under the amnesty scheme could have at least doubled in the first quarter.

On October 10, FBR Chairman Tariq Pasha had promised the National Assembly Standing Committee on Finance that he would finalise the new valuations within 15 days — a deadline that passed this week.

FBR spokesman Dr Mohammad Iqbal did not respond to the request for comments on not honouring the promise made to the parliamentary panel.

Authorities had estimated collection of an additional Rs10 billion following up to 30% increase in the valuation rates in fiscal year 2017-18. The exchequer is taking a hit of about Rs850 million per month due to the delay.