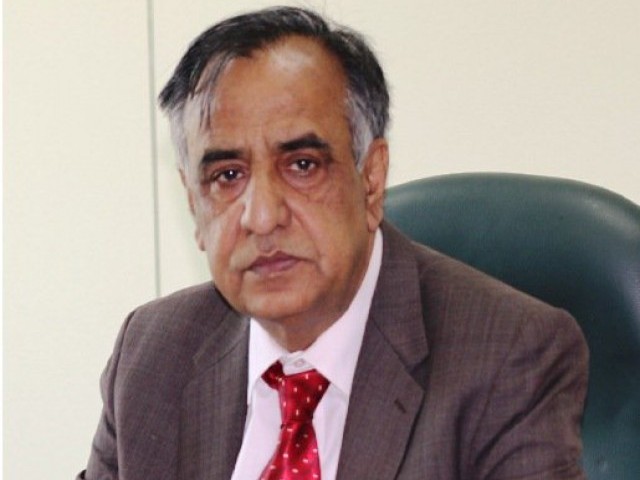 A special court on Friday framed charges against Zafarul Haq Hijazi, the suspended chairman of the Securities and Exchange Commission of Pakistan (SECP), over tempering with record of the Chaudhry Sugar Mills owned by the family of deposed prime minister Nawaz Sharif.

Hijazi pleaded not guilty after Judge Irum Niazi indicted him under Section 420 (cheating), Section 466 (forgery) and Section 471 (using forged documents as genuine) of the Pakistan Penal Code (PPC) and section 5(2)(47) of the Prevention of Corruption Act.

“You have tampered [with] the records of Chaudhry Sugar Mill and pressured your subordinates to do that,” the judge said, reading the charge sheet to the accused. Entering a not-guilty plea, Hijazi responded that he did not temper with any record or commit any wrongdoing.

After the indictment, the special court of the Federal Investigation Agency (FIA) directed the prosecution to start producing evidence and witnesses from the next date of hearing.

Judge Niazi noted in her order that “it has yet to be ascertained if Hijazi pressurised his subordinates, or closure of the record in backdates was made with consensus by all of them.” She added: “At this stage, a deeper appreciation of evidence cannot be given.”

She said a tentative look at the evidence showed that the closure note of backdate was made after meetings and full discussions among SECP officials viz, Maheen Fatima, Tariq Ahmed, Ali Azeem, Tahir Mahmood and Abid Hussain “as these persons also signed the same likewise applicant”.

“All of them are sailors of the same boat,” the judge stated in her order. “Other than the statements of officers who signed the same alleged closure note in backdate,” she said, “independent corroborated piece of evidence is needed.”

The FIA booked Hijazi on the directives of the Supreme Court, which was hearing a case against the Sharif family in connection with the Panamagate case. The case was registered on July 10, 2017 and Hijazi was arrested on July 21. Hijazi has been on bail since August 8.

Previously, the counsel for Hijazi had argued that his client had become a victim of mala fide investigation by the prosecution, adding that the charges framed under the FIR were motivated by enmity, malice and ulterior motives on the part of the prosecution and the prosecution witnesses.

The counsel has argued in the petition that the allegations levelled against Hijazi were false and he never pressurised any official of the SECP to temper with the record, adding that the officials had tempered with the record themselves and accused Hijazi of pressurising them to do so.