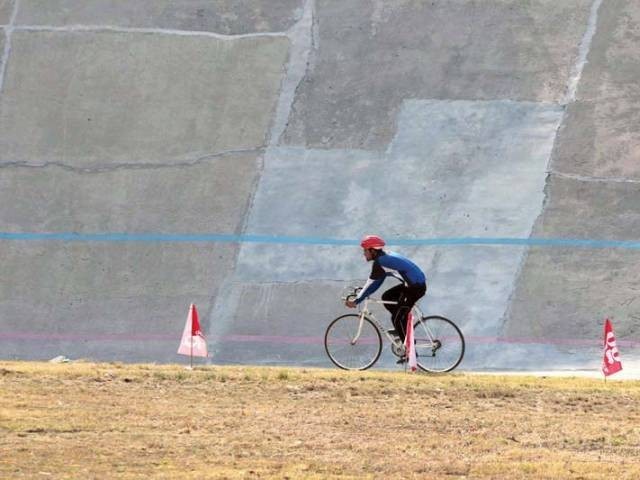 PESHAWAR: The Khyber Pakhtunkhwa (K-P) directorate general of sports on Monday announced to construct cycling velodrome at an approximate cost of Rs100 million in the city.

“We are sending a summary to Chief Minister Pervez Khattak for the construction of a cycling velodrome in Peshawar,” said K-P Sports Director General Junaid Khan.

Around 72 kanals of land has already been acquired on Charsadda Road, he said at the closing ceremony of K-P Cycling Championship.

The only other velodrome in Pakistan exists in Lahore, that too in a dilapidated state.

He hoped that the velodrome will not only attract international level cycling events and will also provide opportunities to the youth. “It was a long awaited demand of the ever-rising cyclists of the province,” said Junaid.

In the K-P Cycling Championship, Peshawar was declared the overall winner by securing 91 points, Malakand on 2nd with 46 points and Mardan got third position with 28 points respectively.

On Islamabad’s bike lanes, residents pedal towards a greener city

The velodrome if constructed in Peshawar will be the second City of Pakistan after Lahore to have such facility which was constructed some 50-year back. The project, Junaid Khan said, will be included in the next-year Annual Development Programme.