Varsit­y has set the date for entry tests for admiss­ions to its facult­y
By Ammar Sheikh
Published: October 19, 2017
Tweet Email 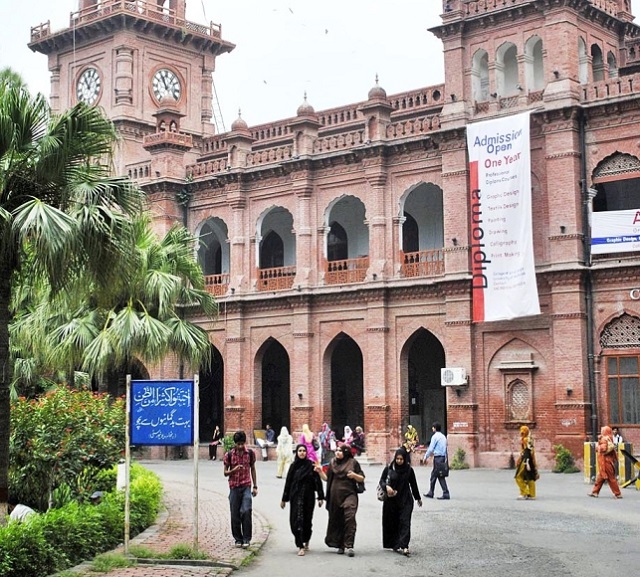 LAHORE: The Punjab University has reportedly postponed admissions to its faculty of health sciences and is looking to hire staff in haste. It emerged that the varsity had started admissions to its various colleges without establishing a building or hiring teaching faculty.

The Punjab University had set October 20 as the date entry test date for admissions to its faculty of health sciences’ seven constituent colleges for the 2017-2022 batch. Interviews were to be held on October 24 and 25. The merit lists were to be displayed on October 31 and classes were to commence from November 15.

However, the administration of the varsity decided to postpone the admission process. According to the revised schedule for admissions, entry tests would now be held on December 2. First, second and third merit lists would be displayed on December 11, 15 and 20, respectively. At the same time, the university had announced that the classes would commence from January 1, 2018.

Apart from the lack of infrastructure, the Punjab University faculty of health sciences also lacks professors to teach its newly-started programmes. A varsity official, speaking on the condition of anonymity, said the university administration still had not hired the required faculty. “Just recently, the university advertised the posts. Those are also just for lecturers and the senior slots for associate professors and professors still remain empty.”

The university advertised the posts for lecturers on October 24, and according to the advertisement, the lecturers would only be hired for a contract of one year against a package of Rs50,000.  It said these teachers would not get the perks and benefits of regular employees.

The last date for submission for the posts had been set as October 30. The official added that this could further delay classes if the university failed to attract suitable faculty. The problem of hiring senior faculty still remained.

When contacted, Punjab University Spokesperson Khurram Shahzad said that the university changed the admission schedule because the Medical and Dental College Admission Test (MDCAT) was to be held once again. “Because the test is being re-administered, the university’s health sciences’ programmes also changed the schedule for admissions,” he said. About the lack of teaching faculty and infrastructure, the spokesperson said all programmes would start after completing the necessary requirements.

It was also revealed that all the 12 advertised programmes were self-supporting and there was no regular morning programme.  Furthermore, the appointment of dean of the Faculty of Health Sciences was also called into question as Dr Syed Muhammad Awais had retired and was appointed on a contractual basis. According to the rules and regulations of the varsity, the chancellor appoints a dean from among three of the senior-most professors.