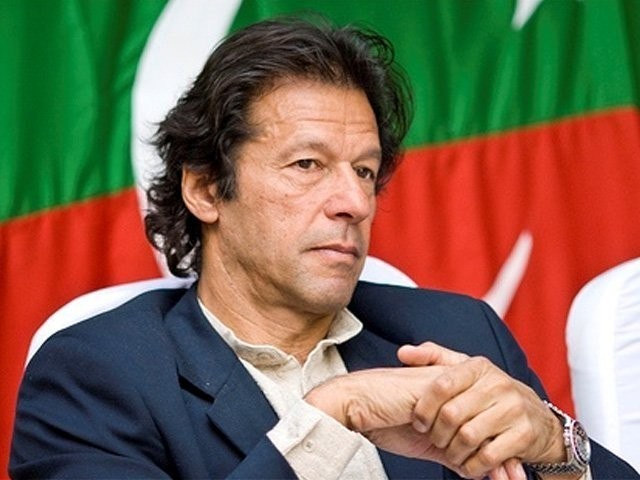 PESHAWAR: Pakistan Tehreek-e-Insaf (PTI) Chairman Imran Khan has accused the Federal Board of Revenue (FBR) and the National Accountability Bureau (NAB) of committing mega corruption to the tune of Rs3,200 billion.

“The FBR has pilfered Rs3,200 billion of Rs3,500 billion tax collection while NAB’s corruption costs the national exchequer Rs12 billion daily,” the PTI chief said while speaking on ‘leadership and good governance’ to the students at Malakand University on Tuesday.

“The responsibility of NAB is to grab big fish that loot the national exchequer, and not the poor,” he said.

Khan claimed that only the PTI government could strengthen and make FBR and NAB autonomous.

Imran to ‘voluntarily’ appear before ECP on October 26

“We have to strengthen the institutions of Pakistan for merit to prevail,” he said, adding that in four years, the Khyber-Pakhtunkhwa (K-P) government’s main focus was to strengthen institutions, make them transparent and free of political interface.

Lauding the role of K-P police, the PTI chief said that the force had become a role model for the police in other provinces. “Incidents of terrorism declined by 70 per cent in the province last year,” he added.

Due to bad governance, Pakistan had drowned in foreign loans while its own revenue was being swallowed up in corruption, he said.

“Pakistan is among the countries having worst governance, even lagging behind Bangladesh,” said Khan, adding that Pakistan International Airlines, which was once considered one of the best airlines in the world, had accumulated losses worth Rs330 billion.

“A country is destroyed when its institutions do not properly work…  only good governance and merit can make a country economically and socially strong,” he added.

Mocking at the ousted prime minister, Nawaz Sharif, the PTI chief said when the law gripped him, he said mujhe kyun nikala (why was I ousted?).

Turning his guns towards Sindh, he said, “When the Muttahida Qaumi Movement (MQM) killed 50 people in Karachi, I openly condemned the brutality while people and leaders could not even speak a single word against the party.”

He said several leaders stood against him and also filed defamation suits. “It is a sign of doomsday that a person like PPP leader Asif Ali Zardari filed Rs1 billion defamation suit against me,” he criticised.

Khan said the Quaid-e-Azam was the only true leader in Pakistan as he fought for the rights of the people till the end.

Targeting the current PML-N government, he said, “Large buildings, roads and orange trains cannot bring change in the country, only investment in human development can.”

On the education system, he said the PTI government would build universities in each and every district for both males and females in order to build an equal education system.

He said currently there are three types of education in Pakistan – English medium for the elite class, Urdu medium for the general public and madrassas for religious people. He said the PTI would introduce a uniform education system for all.