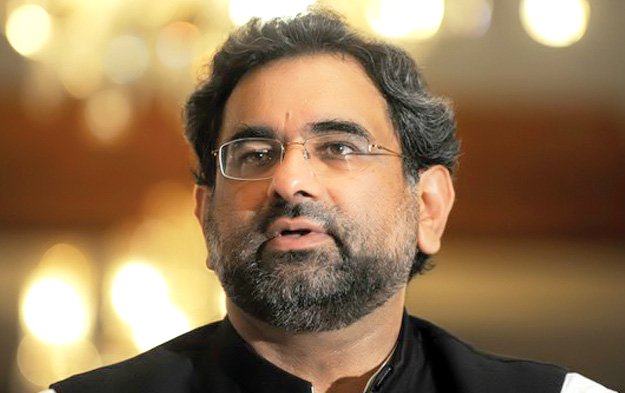 “If everyone is free to give their opinion on economy, then why can’t the army chief talk about economy” Abbasi said in an interview on Aaj television on Monday night.

Premier Abbasi’s comments came two days after one of his party’s senior lawmakers, Rana Afzal Khan, said the army chief should comment on the economy only at the National Security Committee – and not publicly.

The premier’s remarks came in the backdrop of a simmering controversy stirred by a recent spat between Interior Minister Ahsan Iqbal and chief military spokesperson Major General Asif Ghafoor.

Last week Maj Gen Ghafoor said in a TV interview that “if the economy is not bad, it isn’t good either”. Ahsan hit back immediately advising the military spokesperson to “refrain from commenting on the economy… [because] irresponsible statements could damage Pakistan’s image globally”.

‘Disappointed’ by Ahsan’s knee-jerk reaction, Maj Gen Ghafoor said he, in his capacity as the military spokesperson, spoke on behalf of Pakistan Army. And that he had only repeated what army chief Gen Qamar said at a seminar in Karachi a day earlier.

Gen Qamar voiced concerns at the country’s ‘sky-high debt’ and called for broadening tax base and bringing in financial discipline to break the ‘begging bowl’.

The verbal duel provided grist to rumour mill as analysts and TV anchors talked about strain in civil-military relations.

“There might be difference of opinion… [but] There is no civil-military tension,” Premier Abbasi said in Monday’s interview.