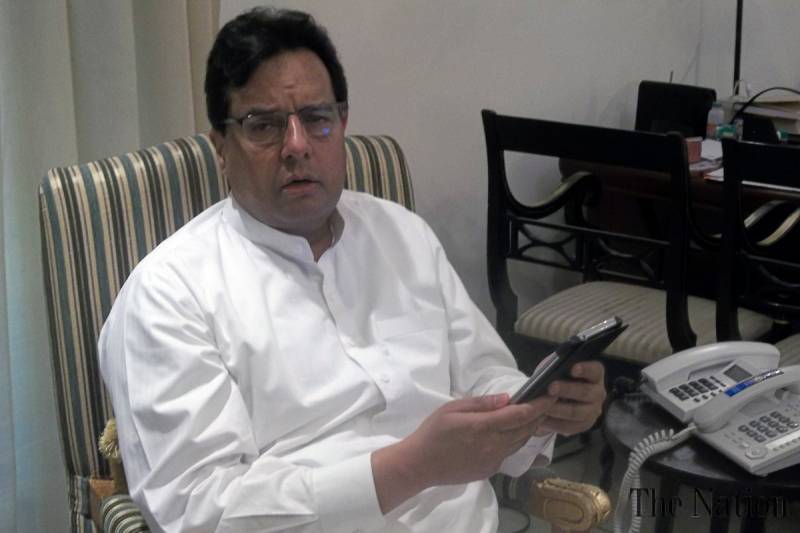 ISLAMABAD: Two major topics were debated extensively in the National Assembly by lawmakers from both sides of aisle on a private members day on Tuesday in a session where three resolutions and a private members bill were also passed.

PML-N’s Captain (retd) Muhammad Safdar took the floor to again reiterate his stance on the finality of Prophethood while PTI lawmaker Dr Shireen Mazari warned the government against any joint raid with the US against the Haqqani network.

In an emotional speech, Safdar, who is also son-in-law of deposed premier Nawaz Sharif, called for a ban on hiring Ahmadis in the armed forces and other important institutions of the country.

He also demanded administering oath of the Finality of Prophethood of Prophet Muhammad (PBUH) to the officers of grade-22 and judges.

He again demanded withdrawal of a decision to name a department of the Quaid-i-Azam University (QAU) after Nobel laureate Pakistani scientist Dr Abdul Salam, who belonged to the Ahmadiyya community.

The department should be named after a Muslim, he added. He questioned the loyalty of Ahmadis to the state of Pakistan. He said that the military coup of October 12, 1999 was an Ahmadis’ revolution.

PTI’s Dr Shireen Mazari, taking the floor, stated that Foreign Minister Khawaja Asif has offered to the US joint action against the Haqqani network. She warned that the United States was a strategic partner of India and it would exchange information in this context with New Delhi.

She demanded of the foreign minister to inform the house how this offer had been made to the US. She also enquired why Pakistan was giving visas to American analysts who known for their anti-Pakistan analyses and views.

Captain Safdar arrested as he returns from London

PML-N’s Dr Darshan informed the house that the government’s own bill about transplantation of human organs would be tabled in the house within a month.

However, the PTI supported the MQM bill, noting that it had been cleared by the concerned standing committees of both the houses of parliament. The MQM also threatened to stage a walkout from the house if the bill was opposed.

PML-N’s lawmaker Marvi Memon supported Zehra’s bill and criticised the government for not taking up her six bills. She pointed out that the previous PPP government had entertained two bills she had brought to the house.

PPP lawmaker and former speaker Dr Fehmida Mirza suggested that MQM’s bill should be passed and the government might club its own bill with it at a later stage.

Dr Darshan of the PML-N agreed to the proposal and the bill was passed.

The bill seeks amendment to the ‘Transplantation of Human Organs and Tissues Act, 2010’. The amendment allows the National Database and Registration Authority (NADRA) to ask for consent for donation of an organ or tissue in case of accidental or brain death of the individual from all those applying for the computerised national identity cards (CNIC).

For the purpose, NADRA will make provision on the front page of its application form for the CNIC. The consent will be sought for either a single organ donation or a combination of more than one organ or all organs. According to the bill, in case of the consent, such CNICs would display words ‘organ donor’.

According to the statement of objects and reasons of the bill, most of human organs or tissues remain active for some time after accidental deaths or even after clinical deaths, which could be transplanted to the persons in need of such organs or tissues.

Such donations may give a new lease of life to the needy persons, says the bill. Therefore there is need to make a provision to donate human organs or tissues in case of accidental death, it adds.

Also on Tuesday, the house admitted a private member bill regarding human trafficking, which was referred to the relevant committee. The House deferred the consideration of the Acid and Burn Crime Bill, 2017 and the Pakistan Bait-ul-Mal (Amendment) Bill, 2017.

The house adopted three private members’ resolutions, urging the government to deal with propaganda against Balochistan ‘wisely and vigorously at the international forum’, establish Baba Guru Nanak International University in Nankana Sahib and take measures to reduce indirect taxation in the country.