PGMI to hold series of workshops on diabetes

PGMI to hold series of workshops on diabetes 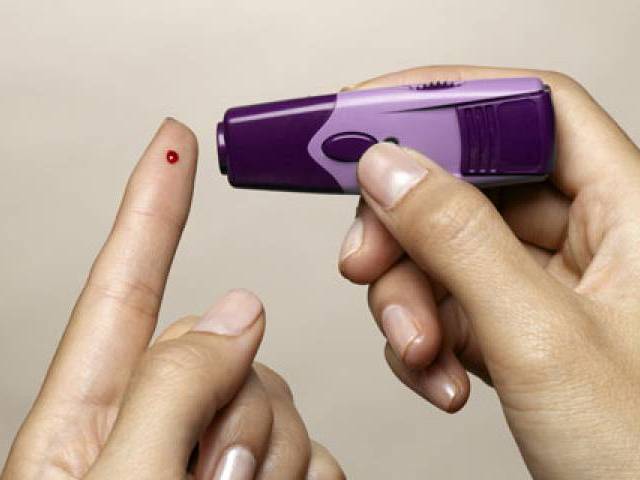 LAHORE: Medical Unit II of Lahore General Hospital on Friday announced a series of workshops on diabetes from October 9 to 30 and medics of the medical, surgical, gynae and nursing department would be trained.

The four sessions of the workshop would take place on October 9, 12, 23 and 30 and organised under the supervision of Diabetic and Chronology Unit. Faculty members of Medical Unit Dr Imran Hassan Khan, Dr Maliha Hameed, Dr Kashif Aziz and Dr Salman Shakeel will deliver training lectures on diabetes, treatment and its complications.

Around 0.2m lose legs due to diabetes

On October 9, a training session will be held for the gynecology department at the Punjab Institute of Neuro Sciences where diabetes during pregnancy and its control and problems of mother and child health would be discussed.

On October 12, the surgical department will be part of training and diabetic patients facing operations would be focused on to control their disease. On October 23, all junior and senior doctors and faculty members of all medical wards will attend training on diabetes at the Punjab Institute of Neuro Sciences and those attending this session would be given CME credit hours which will be helpful for PMDC registration.

This workshop is based on question-answer session and case discussions. The last session of training on diabetes will be held on October 30 for nurses and nursing students.

Expressing his views, Post Graduate Medical Institute Principal Prof Ghiasun Nabi Tayyab said these workshops were being held under the Health Education Programme of PGMI. He said keeping in view the increasing number of diabetic patients, it was important that doctors be training in terms of capacity-building. He said awareness should also be created among masses to adopt preventive measures, use proper medication and ensure exercise, along with the right diet.