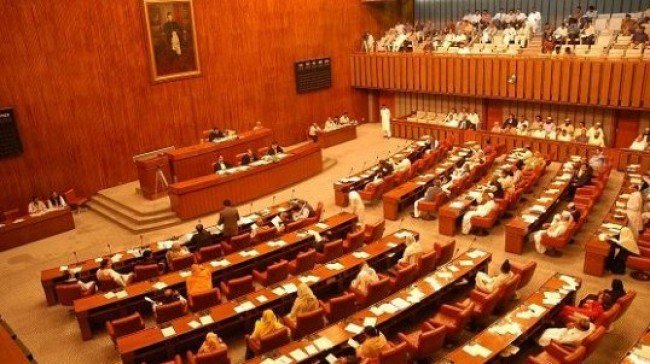 ISLAMABAD: A Senate panel on Thursday decided to summon police and security officials in the next meeting to get an update on efforts being made for the recovery of a Turkish family allegedly abducted from Lahore last month.

“Why should Pakistan become a battleground of an ideological war being fought somewhere else,” said Senator Farhatullah Babar, who raised the issue during the Senate’s Functional Committee on Human Rights meeting chaired by Senator Nasreen Jalil of Muttahida Qaumi Movement (MQM).

The Pakistan Peoples Party senator had submitted a call-to-attention notice in the Senate regarding the alleged kidnapping of vice president of the Pak-Turk Schools and his family from Lahore late last month. The family had sought asylum in Pakistan following a failed coup attempt in Turkey.

Babar said sudden disappearance of the family and the way they had been abducted “is the usual famed way of removing such persons from their residences”.

Senator Mohsin Leghari said he had received text messages from victims and relevant people who were being hounded even in Islamabad, let alone Lahore where two incidents of abduction had already occurred. “This is depressing and condemnable,” he added.

The chairperson of the committee stated the way foreigners were being abducted was earning a bad name to the country, adding that “why should we commit such acts that make external forces happy”.

Leghari said there were several incidents where the Turkish residents were being harassed.

The committee withdrew from its recommendations the decision to invite victims to the next meeting when Foreign Office Director Yasir Hussain suggested that it would not be a good idea. “There are several channels that need to be looked into before dealing with such foreigners in parliament,” he said.

The committee decided to invite Punjab police chief and other relevant officials, including chairperson of the commission on enforced disappearances, in the next meeting to update the members on the measures being taken for the recovery of the abducted Turkish family.

The committee also discussed about the compensation to prisoners released from Afghanistan’s Bagram jail.

The FO director, who dealt with Afghanistan at the ministry, said currently about five Pakistani prisoners were behind bars in Bagram.

Since Pakistan does not have a compensation policy, it follows the international ones, he added.

“The family of a killed or injured person in Fata gets a meagre compensation, the one in settled areas gets a higher one, while those in security services have a different financial support,” said Senator Nisar Muhammad, adding that there had to be a uniform policy for every conflict-hit victim in the country.

The committee agreed that in the next meeting, officials of FO, Ministry of Human Rights and Ministry of Law would be invited to inform the committee about the possibility of such legislation.

The committee formed a sub-committee to discuss and finalise the fate of the two bills related to transgender persons and submit a report within 30 working days. Both bills had been moved by Senator Karim Ahmed Khawaja and Senator Rubina Khalid.