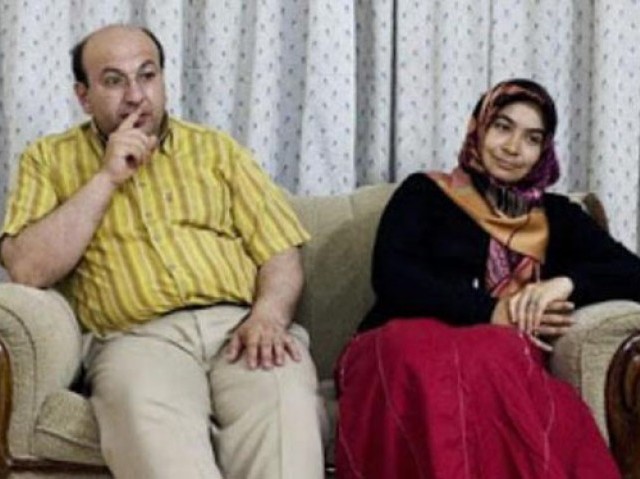 Mesut Kacmez, a former principal of the Pak-Turk School, and his wife along with two daughters were whisked away on September 27. PHOTO: File

ISLAMABAD: Rights activists and colleagues have demanded the release of a four-member Turkish family allegedly abducted by ‘law-enforcement officials’ in Lahore last week.

Activists also demanded that Turkish teachers of the Pak-Turk schools system and their families be allowed to live in Pakistan instead of forcing them out on the behest of the Turkish government.

Mesut Kacmez, a former principal of a Pak-Turk school, was allegedly taken away along with his wife and two daughters from Lahore’s Wapda Town on September 27 by around 15 ‘officials’ who were in plainclothes and came in cars with flashing, revolving lights.

Addressing a press conference along with parents of students of Pak-Turk schools on Tuesday, senior lawyer Asma Jahangir said the Turkish family has been missing ever since while the local police have refused to register a case against the “unknown persons”.

Around 100 Turkish teachers and their families are now left in Pakistan after Islamabad revoked their visas and ordered them to leave the country on November 14 last year, following the July 2016 failed coup in Turkey.

Turkish authorities believe the Pak-Turk school network, which operates around 22 schools in Pakistan, is linked with the Gulen movement, which Ankara accuses of orchestrating the attempted coup.

However, the Turkish staff moved the high court and also obtained asylum seeker certificates from the UNHCR, which allow them to stay in Pakistan until November this year.

Muhammad Zahid, who represented the parents, said the Turkish staff could face persecution and threats to life if they are deported back to Turkey.

“The kidnapping of Mesut Kacmez and his family is a violation of court orders. Turkish teachers in Pakistan particularly in Lahore and Islamabad are being subjected to mental and physical torture, and we are concerned about their safety,” said a statement issued by the parents.

They demanded that the family be released and all the Turkish staff be allowed to live in Pakistan peacefully as per the UNHCR certificates.

Jahangir said the rights of Turkish teachers and their families were being violated and urged the people to show the same concern on this issue as they show on the plight of Rohingyas and Kashmiris.

“We should condemn rights violations no matter who the perpetrator is,” she said. “These Turkish families are not our relatives, but they are humans. Their lives are being threatened.”

She demanded that the missing family be produced in court, and urged the government to resist Turkey’s pressure, if any, to deport Turkish staff. “Refuse the Turkish government. Tell them the courts have allowed their stay in the country,” she said.