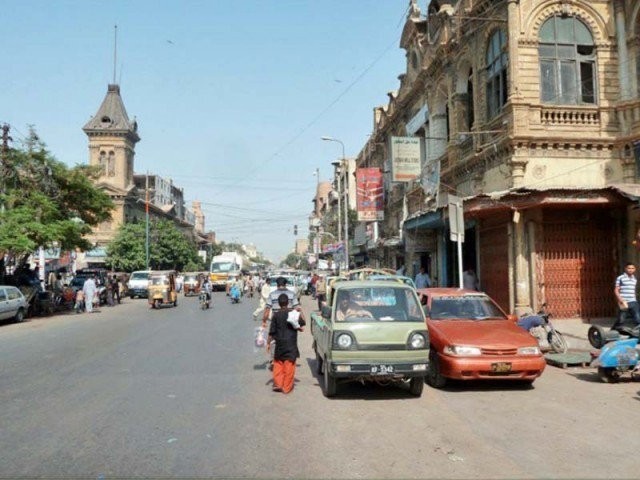 KARACHI: After agreements with the Japan International Corporation Agency (JICA) and a Chinese company regarding the integrated bus rapid transit (BRT) system in the city failed to materialise, the World Bank (WB) has agreed to provide financial and technical support for the construction of the Yellow Line BRT in Karachi and the establishment of an integrated BRT system.

This decision was made during a meeting between Chief Minister Murad Ali Shah and a World Bank delegation led by Country Director Patchamuthu Illangovan at CM House on Tuesday.

The project’s aim is to connect the six BRT lines. However, it had hit a snag as the government could not arrange necessary funding.

The CM was briefed by the WB senior transport specialist on the integrated system that would connect different BRT lines in the city. Dahdah informed Shah that there was a dire need to develop a system which would also enable an effective ticketing system.

Celebrations cause traffic problems for citizens

The meeting also discussed the Yellow Line BRT. The WB country head said the organisation is willing to finance  theYellow Line BRT if the provincial government develops the road infrastructure from Dawood Chowrangi in Korangi to the Malir Expressway.

The chief minister directed the Planning and Development Board chairperson to prepare necessary documentation and submit it to the WB for approval.

The 26.5-kilometre-long road was earlier supposed to be built with the financial assistance of JICA and, later, a Chinese company. The government aimed to initiate the project from MA Jinnah Road to Landhi at an estimated cost of Rs14.4 billion. Around 100 new buses were to run on the route but the project was at a standstill after the Chinese company, which had even signed a memorandum of understanding with the government to build it under public private partnership, delayed the scheme as it could not arrange funds.

The CM also asked the WB for its technical support to regulate traffic issues in Karachi. “This megalopolis city has traffic jams and traffic management issues,” Shah said, adding that the government was desperate to solve traffic issues. “We have a traffic engineering bureau at the Karachi Development Authority but it also needs to be revived,” the CM said.

Official sources privy to the development told The Express Tribune that the meeting discussed issues related to the possible integration of BRT lines at Numaish Chowrangi.

“Integration of all BRT lines at Numaish can create problems, so we need the WB’s technical support to resolve this matter,” Shah said. The WB representatives assured the CM that they would provide all possible technical support for the project.

Regarding the resolution of traffic issues in Karachi, Illangovan committed that his transport specialists would be with the Sindh government whenever it needed them. On this, the CM directed Waseem to make arrangements for the WB experts to meet officials of the transport and traffic engineering department. “I want you to sit with the experts and develop a proper signal system, traffic management and infrastructure development,” Shah said.

The special irrigation secretary informed the meeting that the Sindh government has initiated the Sindh Barrages Improvement Project under which the Guddu Barrage would be rehabilitated with the assistance of the WB at a cost of Rs20.24 billion. Of this the WB would share Rs18.27 billion while the remaining Rs1.97 billion would be contributed by the Sindh government. Work on the project had been delayed due to legal issues but has now been restarted.

It was also decided in the meeting that the WB will help revamp the city’s sewerage system. “We want to restructure the Karachi Water and Sewerage Board [KWSB], so we need your help,” the CM requested Illangovan. Shah added that the revamp of the sewerage system has already been approved as a WB-assisted project.

“The KWSB is over-staffed. Their water supply, distribution and bulk systems are weak and defective,” the CM said, asking the WB to provide technical support to resolve the issues.  The WB country chief said the organisation was interested in the project.

It was also decided during the meeting to conduct a property survey of Karachi. The last survey was done in 2001. Official sources in the Sindh government said the WB has already initiated a property survey in Sukkur, which is the third largest city in Sindh, and now the government has proposed the WB start the same in Karachi as well. “After the WB reviews this proposal, the survey will be conducted in Karachi,” said an official.