If two astronauts were to get frisky, and the female fell pregnant, it is unclear what the effect on the baby would be 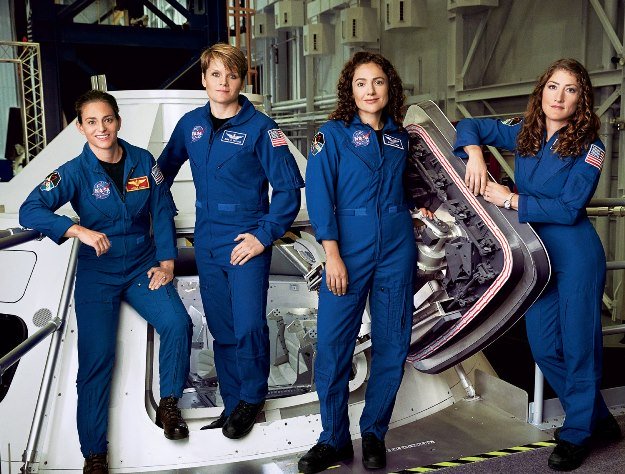 
Speaking at a conference, British astronaut, Helen Sharman, claimed that Nasa has filed a report that warns that male and female astronauts could get frisky during the one and a half year journey to the red planet.

The report claims that all-female crews would be the best option, as women work better as a team, and are less likely than men to fight over who is the leader.

Sharman has never seen the report herself, but suggests that it was filed "some years ago".

Sharman, who was the first British astronaut in space, was speaking at the New Scientist Live festival in London.

She suggested that there had been an official Nasa study looking at the "impure thoughts" astronauts may experience during a mission to Mars.

Sharman said: '"I did hear some years ago that there was a report.

"Nasa has never released it, but it was done to see exactly the kind of crew makeup was necessary for the reason we have already alluded to.

"It found that the crew should be the same gender: all men or all women."

The journey to Mars is expected to take around 1.5 years, during which time astronauts will be exposed to high amounts of radiation.

If two astronauts were to get frisky, and the female fell pregnant, it is unclear what the effect on the baby would be.

Sharman said that Nasa had decided that an all-female crew was the best idea, as women work better as a team, and are less likely than men to fight over who is the leader.

Also on stage at the event was Al Wordren – an astronaut who travelled to the moon on the Apollo 15 mission in 1971.

Worden, who is now 85, joked that he would be the best suited for the mission to Mars because of his age.

He said: "If I was 29 instead of 85 I would probably have thoughts that are impure.

"When you get to be 85, you still have those thoughts but you can't do anything about them, so I would be just fine going to Mars and back."

While Nasa doesn't explicitly ban sex in space, its astronaut code of conduct calls for "relationships of trust" and "professional standards" to be maintained at all times.

Nasa has also banned any married couples from going into space together – although this is mostly due to group dynamics, rather than worries of them having sex.

The main issue to contend with in space would be the lack of gravity.

Professor Anja Geitmann, Dean of the Department of Plant Sciences at McGill University in Montreal, who has done significant research on sex in space, told MailOnline that the main issue would be "for the partners to try to remain in physical proximity, since one can't rely on gravity to push one partner against the other".

Professor Geitmann added: 'Another issue would be trying to avoid hitting one's head, since again, there is no gravity to prevent the partners to drift away from each other and against the nearest obstacle with each movement.'

Lack of gravity not only affects physical movement, but it can also cause issues within the body.

Blood circulation in space is affected and could make it difficult for a man to get an erection.

In an article for Nasa, Lori Meggs, from AI Signal Research, said: "There's no gravity to pull blood into the lower part of the body.

"Instead, blood goes to the chest and head, causing astronauts have puffy faces and bulging blood vessels in their necks." 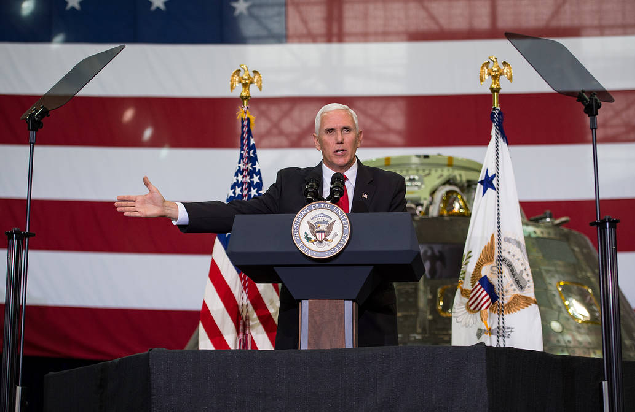 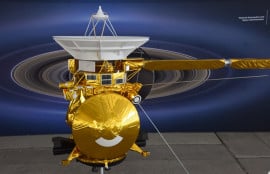 NASA spacecraft to end its journey by plunging into Saturn

I don't think you understand how sex works. Maybe if Pakistan weren't so averse to sex ed.

Sameer | 3 years ago | Reply Feminist alert. Feminists have inflitrated NASA. Initiate purge of this disgusting narrow mentality.
VIEW MORE COMMENTS
Kamran khan | 3 years ago | Reply I don't think's so
CharlieChapatti | 3 years ago | Reply If NASA wants to ensure that astronauts don't have sex during the trip just send a long married couple into space.
Atif | 3 years ago | Reply Imagine having to deal with space babies during the flight !!
Irfan_Sydney | 3 years ago | Reply There are a lot of women in the world who don't need a man to have sex. NASA didn't think about it ?
robust | 3 years ago | Reply What the article doesn't mention is that this was one of many theory papers produced by NASA nerds over 35 years ago - never vetted/approved - and certainly not meaningful given today's environment. Anyone who has worked in a large Company with research dept knows that research dept produce volumes of research/ideas and a significant portion gets round filed and never exposed to higher mgt.
Replying to X
Saved ! Your comment will be displayed after the approval.
Error !
Error! Invalid Email.